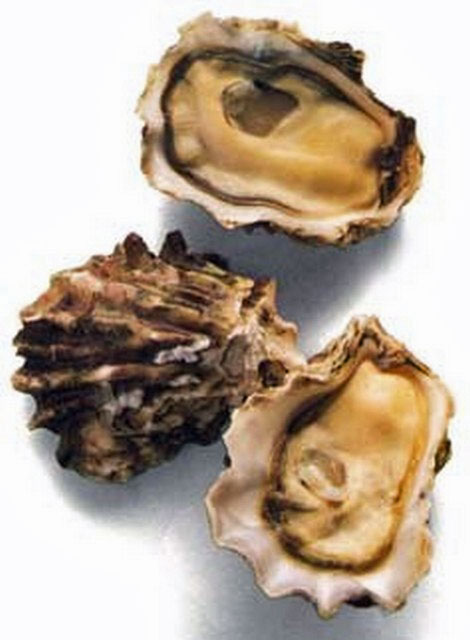 I learned about Triploids from Rebecca Rose.

Triploids are hermaphrodite oysters “invented” for those who shun oysters during the summer spawning period when their fresh becomes milky and swollen.

Although purists don’t turn their noses up at ovulating oysters, many find them off-puttingly corpulent.

Triploids are adapted to be sterile and, therefore, transparent year-round.

Cultivation of triploids is catching on fast with the younger generation of oyster farmers, who realize the market potential of year-round reliability.

I will gladly eat ovulating oysters but I’m ok with Triploids too – I mean if scientists can convert sea-water fish to fresh-water, then triploids aren’t that amazing, or scary, really (those against genetically-modified food will disagree of course) – though I still think the best oysters in the world are Johnny Flynn’s Colville Bay oysters from Prince Edward Island. They are, quite simply, the best oysters in the world.

My next favorites are the Kumamotos.

The Colville Bay and the Kumamoto oysters are not those huge, tasteless mother-fuckers you get in Thailand or in seafood tanks in JB. These are of average size but they taste simply divine.

Well, to each his own I guess – for some, it’s the size that matters.

I eat oysters whenever I get a chance to – in establishments I trust, of course – and not just in months with the alphabet “r.”

The old wives’ tale was to eat oysters only in months with the alphabet “r.”

This came from the days before refrigeration when oysters could quickly spoil.