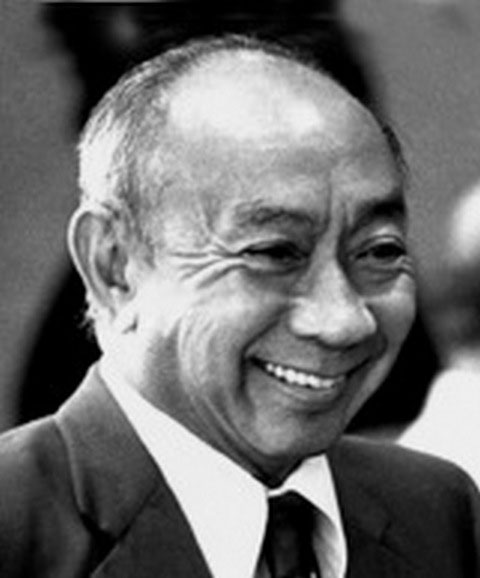 How do you canonize a saint?

He was an instrumental figure in the development of Singapore from its first steps at nationhood through to the 1980s.

Newspaper reports say that he left behind his wife, a son, a daughter-in-law, two grandsons and three great grandchildren.

Immediately after his demise, the news media quickly focused on how great the man was but not one newspaper in Singapore was able to provide readers with accurate information on Goh’s family.

That much I know from what little public information I gathered myself.

There is no doubt Goh was a giant among men – a titan indeed but I am sure readers would be interested in knowing Goh the man – not Goh the demigod. What made him tick? What were his struggles? How did he fight his demons? What kept him awake at night? Why the very public fight between his daughter-in-law Tan Siok Sun and his wife over the book the daughter-in-law wrote about him? Etc, etc.

While respecting his privacy, some human interest angles would be appreciated. Cui bono? They would dispel rumors and put paid to rest some confusion and speculation so that we can appreciate this great man a little more. It will also inspire us lesser mortals and give us hope.

Some newspapers refer to his son – Goh Kian Chee – as his stepson. Why?

And whatever happened to Alice Woon? What were her struggles as a wife of a young man dedicated to being the architect of a fledging nation? They were married for four decades but why the split after such a long union?

Some people say that the famous cheongsam woman Jennie Chua – formerly of Raffles Hotel – was his daughter-in-law at one time, and The Sunday Times reported as much yesterday, but what’s the story there?

Some people even allege that Goh has a mistress in China – from the days when he was economic advisor to China – is that true?

No I’m not being nosey – I think the public deserves to know this great man, warts and all.

But not one newspaper in Singapore seems to be able to get the facts straight.

Not one newspaper in Singapore has come up to clear the air and to provide some clarity.

If anything, they’ve added to the confusion – and the mystique surrounding one of Singapore’s founding fathers.

Maybe that’s intentional, the role of newspapers in Singapore being what it is.