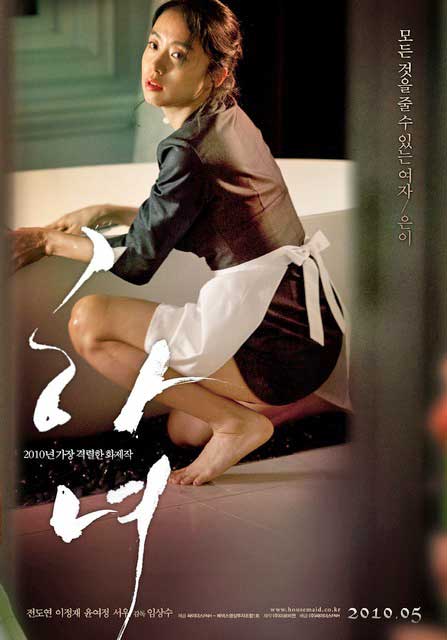 I’m looking forward to watching The Housemaid, a re-make of a 50-year-old Korean classic by Kim Ki-young.  This time around, South Korean director Im Sang-soo (President’s Last Bang, A Good Lawyer’s Wife) has finished shooting the remake and has submitted it to Cannes. The film opened in Korea on May 13.

The film stars Jeon Do-yeon, who won Best Actress in Cannes in 2007 for Secret Sunshine.

The 1960 original tells of how a factory music teacher’s family is thrown into nightmare chaos when they take in a strange girl as a housemaid.