He’s Full of It 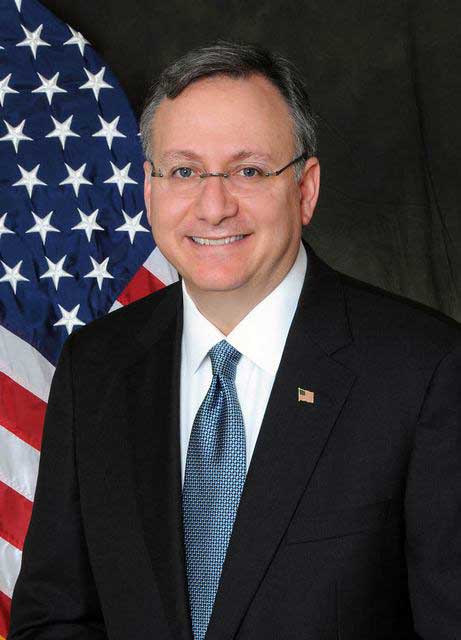 Another politician with a big mouth.

The most difficult thing to eat must be your own words.

At his nomination hearing in February, when asked if he intended to engage Singapore on the issues of democracy and press freedom, David Adelman had said: “Make no mistake, currently Singapore is not a multi-party democracy, and I intend, if confirmed, to use public diplomacy to work towards greater press freedoms, greater freedom of assembly and ultimately more political space for opposition parties in Singapore to strengthen Singapore into a multi-party democracy.”

On April 29, he became the US ambassador to Singapore.

Speaking at a press conference on the same day, he stressed repeatedly that his earlier remarks – on how he would use public diplomacy to promote political freedom in Singapore – were not an attempt to interfere in local politics.

He said: “My comment is a comment that could be made by any ambassadorial nominee to virtually any post across the world, which is, we value the United States, our press freedoms, our freedoms of assembly and our multi-party democracy and we believe it’s a great example of a working democracy that has been a constructive force around the world.”

Not at all, he said. “I don’t see the comments as being incongruent. We have no interest in interfering in the domestic politics of Singapore. That is for Singaporeans to decide for themselves.”

He also made it clear that his comments did not imply any long-held view of Singapore politics. He said he has had no contact with Singapore opposition members and was simply replying to a questioner who quoted surveys showing Singapore’s low ranking when it came to political and press freedom.

He stressed his top priority as ambassador would be trade, not politics.

He said: “I want to be very clear here, Singapore has been a very constructive force throughout the world, and the US and Singapore are great friends.”

In a letter to the press on May 3, Gerard Ee wrote:

I am writing as a concerned citizen of Singapore. United States Ambassador David Adelman had declared – at his nomination hearing before the US Senate Foreign Relations Committee in February – that he planned to interfere in Singapore politics, albeit through so-called public diplomacy.

There is no mistaking what is meant by “Make no mistake” and “I intend.” Those are forceful words and are usually said with conviction. It makes me as a citizen wary of him and suspicious of his agenda.

Now the ambassador says it is just a comment (“I wasn’t criticizing S’pore, says US envoy”; last Friday).

Is he to be taken seriously the next time he says “Make no mistake” and “I intend”? Does he or does he not intend?

Perhaps he should just explain what he means by public diplomacy and exactly what he will do. Let us, the citizens, judge whether he is interfering with local politics.