Workers from Centrepoint continue to occupy seats at Starbucks Orchard Point without patronizing Starbucks and depriving legitimate customers of their seats.

These retards smoke and flick their cigarette ashes all over the floor.

Many of them are in black uniforms and it’s not difficult to tell where in Centrepoint they’re working.

What is worse than that is that now Starbucks at Orchard Point is infested with some kind of insects – either bugs or mosquitoes – that attack people, potentially exposing them to the risk of dengue and other diseases.

On my visit there on May 22 I was attacked – here’s a picture of my thigh. Pardon the poor picture quality – it was shot using my wife’s mobile phone: 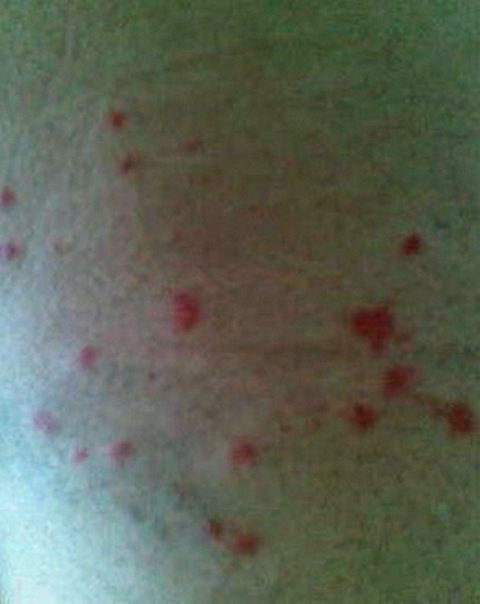 On May 31 I was attacked again; here’s a picture of my back, which still bore the “imprint” of Starbucks’ chair: 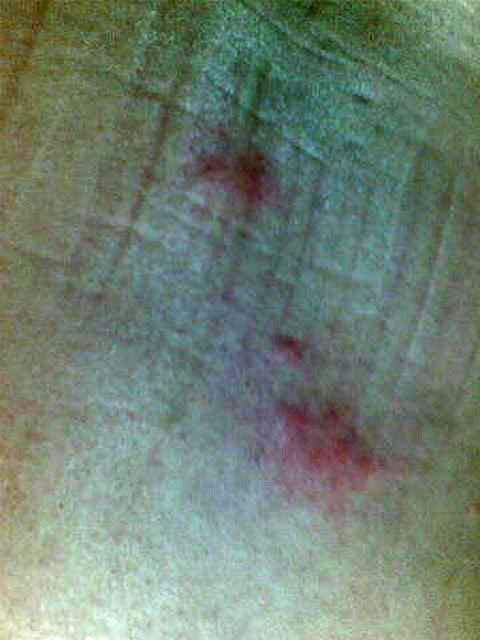 Both times I had to seek medical attention due to the extreme discomfort caused by the pain and the itch.

Not wanting others to suffer the same fate as me, I sent a text message and an email to the National Environmental Agency, on June 1, informing them of my experience at Starbucks.

I also sent two emails to Starbucks and an email to Robinsons on June 1.

Yesterday (June 2), NEA phoned to say they’ve checked the premises out but found no evidence of mosquito breeding.

As for Starbucks and Robinsons, I’ve yet to hear from them.