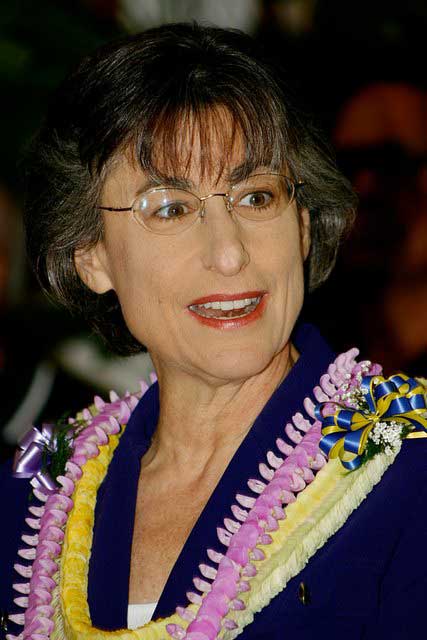 Governors in Hawaii obviously don't have much to do.

What could be worse than the Financial Times banning pictures of pipes and cigars but allowing pictures of guns? (Something which the paper denied despite the glaring evidence.)

That’s because come July 1, Hawaii will become the first US state to ban the possession of shark fins.

It is trying to help end the overfishing and extinction of sharks worldwide.

Governor Linda Lingle on May 28  signed a bill prohibiting the possession, sale or distribution of shark fins. The bill passed the state House and Senate with broad support earlier this year.

The legislation generated some grumbling in Hawaii’s sizable Chinese community – more than 13 percent of the state population is Chinese or part Chinese. Many consider shark fin a delicacy and important part of Chinese culture.

The ban also comes as the tourism-dependent state expects a surge in affluent Chinese visitors.

Just look at the governor – the collagen from shark fin would have done her face some good.