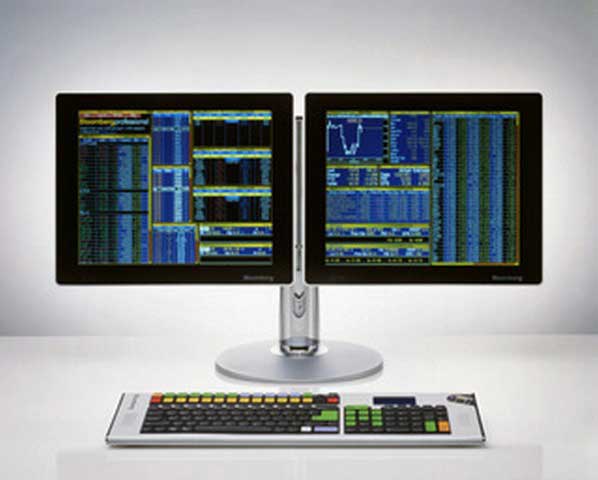 At Bloomberg, they obsess over this.

When Bloomberg bought Businessweek last December, a group of the magazine’s writers, who were being transferred to the Bloomberg newswire, attended a two-week training session. They learned that the terminals, costing about US$20,000/- a year, drove Bloomberg’s business.

It sounds rough over there for the magazine journalists unused to Bloomberg’s fast-paced, metrics-driven culture: The head of Bloomberg’s “speed desk” was especially proud when the desk published a headline seconds ahead of Reuters, and a young trader had made enough money from that lead alone to buy a Hummer.

A Businessweek employee raised her hand. Why, she asked, would a journalist be proud of that?

At Bloomberg News, writers’ salaries are tied, among other factors, to how many “market-moving” articles they have produced.

Moreover, any breaking items from the magazine will appear elsewhere first. Any scoop from anywhere in the world is going to run on the terminal – the terminal is the focus of everything that happens at Bloomberg.

As well known as Businessweek is – it has an 80-year history and a circulation of about 918,000 – within Bloomberg, it is just a money-losing print product in a company where profitable terminals are the primary focus.

After Bloomberg bought the magazine it dismissed about 100 staff members, In March, about another 20 more staff members, including almost the entire art department were let go. An additional seven or so were transferred to the Bloomberg News newswire operation.

When the remaining Businessweek employees move to Bloomberg headquarters in April they faced culture shock. Every writer and editor gets a copy of The Bloomberg Way, a 361-page in-house style guide.

In the guide, words like “allow to,” “however,” “although,” “but” and “despite” are discouraged. The first four paragraphs of each article go in this order: theme, details, quotation, nut paragraph (“What’s at stake?” according to the guide). In one exercise, employees are asked to edit 107 sentences into Bloomberg style.

Magazine articles would be evaluated on the same metrics as articles for the terminal: did they move markets? But many of the Businessweek articles do not run on the terminals, placing them outside the metrics system.

News meetings are held at 7:30am in the morning, and employees’ email signatures are stamped with the last time an employee badged in. If he forgets his ID, “Forgotten Badge” appears next to every e-mail message he sends to co-workers that day – a tough fit for magazine journalists lucky to remember their wallets, let alone their building IDs.

Meanwhile editors tussle over how to reconcile the Bloomberg Way with a magazine. A magazine article on James Cameron, “King of the World,” turned into “Cameron’s $1.7 Billion Aliens Have Studios Renting His Cameras” on the terminal.