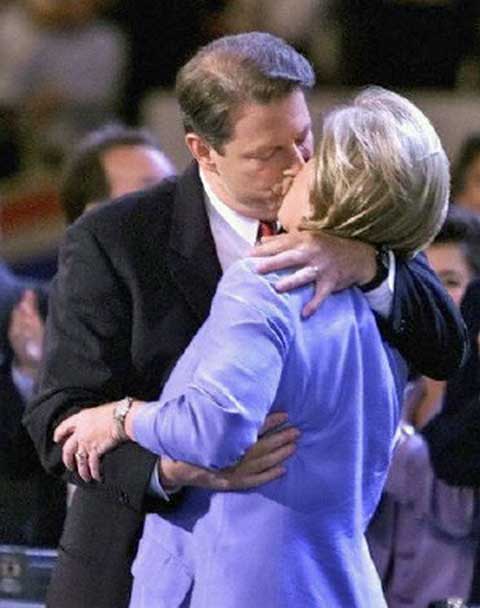 Remembered for their toe-curlingly smoochy kiss on stage at the 2000 Democratic National Convention, the Gores, aged 62 and 61, had appeared the quintessential American couple.

Al Gore has always been a bit of a blockhead but he and Tipper had been through so much: Al’s deployment to Vietnam; the near death of their son in a road accident; Tipper’s depression and thyroid surgery; and the ignominy of losing the disputed 2000 presidential election. But they had seemed to be entering the home straight, with Gore’s reinvention as an environmental activist.

How could the Gores’ storybook marriage, one that apparently inspired the Erich Segal cult novel Love Story – well, Al Gore claims to have invented the internet too – come to an abrupt end?

This was, after all, another 40-year union.

Little was revealed in the announcement of their separation – no gory details (pun intended) other than that there was no third party involved, though lately there have been ramblings of Al Gore’s alleged affair with Laurie David, an American environmental activist.

Margaret Mead thought every woman needed three husbands: one for youthful sex, one for security while raising children and one for joyful companionship in old age.

Margaret Drabble, the British novelist, calls life after divorce “the third age.” The heroine of her novel The Seven Sisters says, “Our dependents have died or matured. For good and ill, we are free.”

Gosh, is nothing scared anymore?