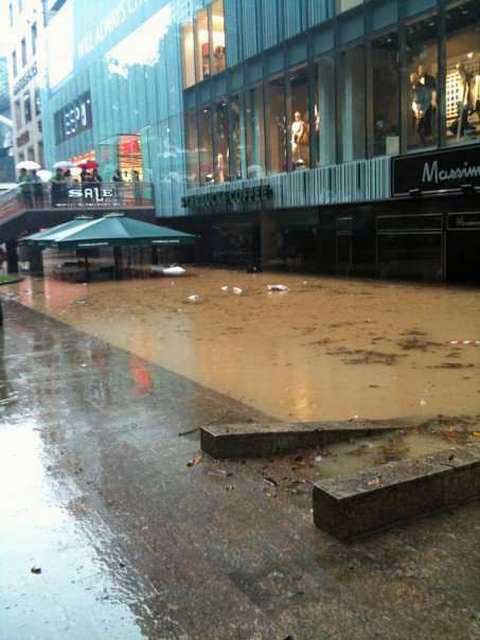 On Wednesday, Orchard Road turned into Orchard River. It was a case of deja vu. Many of us still remember how Bukit Timah Road became Bukit Timah River last November.

Commenting on the Bukit Timah flood then, Minister for the Environment and Water Resources Yaacob Ibrahim said it was a “freak” event that occurs “once in 50 years.”

Khoo Teng Chye, CEO of national water agency, PUB, said Friday that PUB was caught off guard by Wednesday’s Orchard Road floods, and that the resulting impact on people, traffic and business was “not acceptable.”

“Not acceptable” indeed. What an understatement!

Everyone wants to be a comedian these days.

And nobody knows how to apologize.

If a torrential downpour could immobilize Singapore the way it did on Wednesday, shouldn’t the relevant organizations be better prepared, especially in this day and age when global warming is said to cause major changes to climate systems?

Both Yaacob Ibrahim and Khoo Teng Chye should do the honorable thing, but since we already have a culture here of top dogs not being held accountable for falling asleep at the wheel – we haven’t forgotten Mas Selamat’s escape and we still remember the graffiti on the MRT train – I don’t expect either one of them facing threats to their job security.

Both should thank their lucky stars they’re not in Japan or South Korea. If they hail from these counties, both Yaacob Ibrahim and Khoo Teng Chye would be peddling pencils on the streets now.

In the meantime – too bad – the Wendys of this world would just have to put up with the half a million bucks lost – a pity considering it was opened just three days ago.

In the meantime we proud Singaporeans – forever boasting about how smart and how great we are – would have to hang our heads in shame and embarrassment.

In the meantime, retailers at the economically-important Orchard Road area would have to live in fear – who can blame them for their ombrophobia?

Khoo Teng Chye, I suggest you look that word up in the dictionary!