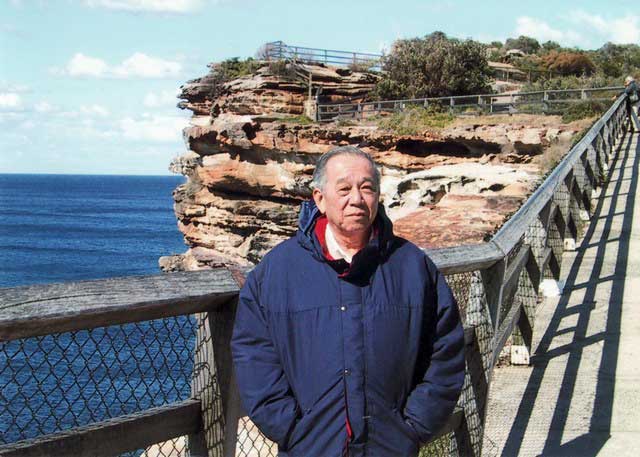 If we follow the Chinese way of calculating, he turns 80 today.

Turning 80 is a very big deal among the Chinese.

In the past, due to the dire straits they always found themselves to be in – with high infant mortality rate, etc – the moment a child is born, the Chinese would consider him one-year old.

And in ancient China – with wars and pestilences and abject poverty and natural disasters –  if you managed to live to 80, you’ve lived a very very long life indeed.

Earlier I asked my father if he wanted to celebrate this milestone birthday in a less modest way – invite some intimate friends and his siblings, etc to a meal but he declined.

When I was 15, I learned nothing from my father, I was completely unteachable.

When I was 50, from my father I learned that even giants can succumb. I’m thankful that the heart attack he suffered was a minor one and his cardiologist had to put in only one stent.

Today my father is still hale and hearty, with an enviable appetite and a penchant for all dishes containing lethal fat pork, plus an emotional intensity that can best be used to describe him as a highly opinionated, angry and – regrettably – somewhat bitter old man.

I think at 79, he still has lots of unresolved anger. His temper would probably make some relatives think that he’s a bastard. But I believe his vehemence and vituperation is due to the goodness of his heart, not because he’s an asshole. Being old school, he’s no wimpy new age guy, he’s no modern dad, and he doesn’t really know how to show that he cares so he bitches and moans about the state of some relatives’ lives and the behavior of yet others – obviously behavior he disapproves of for one reason or another  – and he gets upset and he becomes livid.

I suspect that’s why he wants to keep this milestone birthday of his under the radar.