A Varanus Bitatawa for Palin 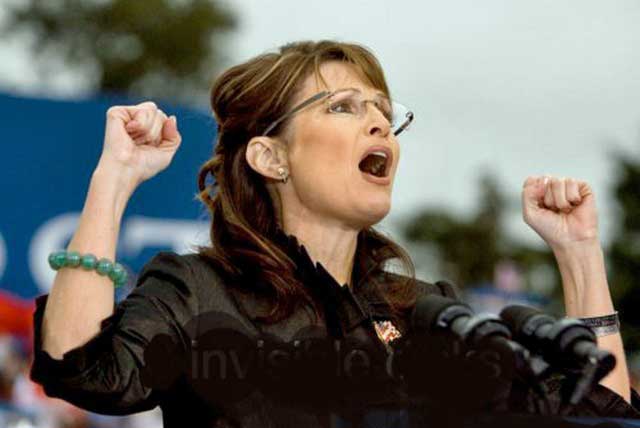 If you follow the news in the US, you’ll notice that Sarah Palin has been making a lot of noise – again – lately.

She’s like a girl friend – or a bad case of eczema – that won’t go away.

She seems bent on making headlines.

Just look at her picture.

The retard who sent me this told me that three penises in the picture have been photoshopped out.

Another retard sent me the same picture, claiming there are three invisible penises in it.

Of course that’s not true.

But it’s hard not to make fun of her.

Palin’s picture was sent to me at around the same time the Philippines discovered a rare brightly colored lizard, dubbed “Varanus Bitatawa”  roaming in its jungles.

The giant lizard, a reptile as long as a full-grown man is tall, has a double penis, called a hemipenis.

The two penises are often used in alternation, and sometimes contain spines or hooks that serve to anchor the male within the female during intercourse.

Hmm, I wonder if that would pin Sarah Palin down for good.