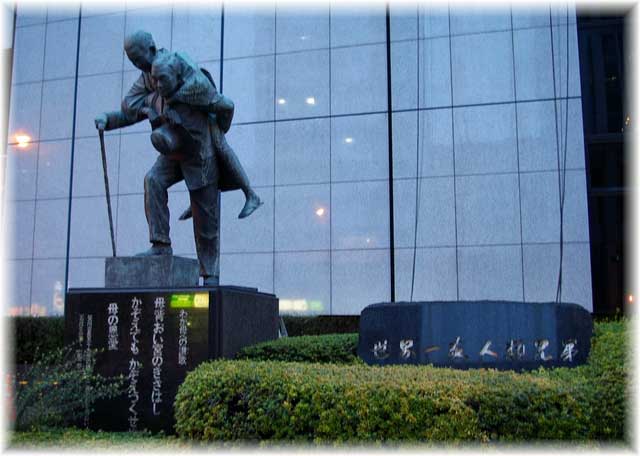 No wonder Singapore has the Maintenance of Parents Act! This Chee obviously knows zilch about grief, about unconditional love and about being sensitive.

Those were my initial thoughts. Several others shared the same sentiments.

However a friend of mine has a contrary view, here’s what she said: “I did not think of it from this angle when I saw the ad but yes, I would tend to agree with the writer. I think being a child and a spouse is a very delicate balancing act – whether from a guy or gal point of view. Balance, reasonableness and fairness is the key – I guess.” There were others who shared her views as well.

The letter that caused the debate was written by a Hannah Chee, published in Straits Times’ FORUM on June 23:

The new TV advertisement to promote filial piety – spearheaded by the National Family Council and supported by the Ministry of Community Development, Youth and Sports – has left me disturbed.

While some people may find it touching, the message of filial piety seems distorted to the point of emphasizing the wrong values.

The ad begins with a grandmother moving in with her son’s family after her husband’s passing. As she may have been grieving the loss of her husband, she becomes intolerable and picks on her daughter-in-law. She shows no effort to be reasonable even when her son makes attempts to pacify her. She throws tantrums, is ungrateful and threatens to move out.

When she becomes ill and is hospitalized, her grandson asks his father why he is feeling sad despite his grandmother treating the family badly. It is not revealed whether the father gave his son a proper reply; instead, a flashback shows how his mother had taken care of him when he was ill as a child.

By his actions, the father seems to be teaching his son that it is perfectly fine to disregard his wife’s feelings in favor of his mother. It also seems to suggest that it is acceptable for the elderly to create disharmony at home.

Then came the slogan, “How one generation loves, the next generation learns.” In this instance, the boy seems to be learning a lot of wrong values.

Shouldn’t the authorities have thought of a happier way to teach and instill filial piety – perhaps featuring a happy and well-adjusted family visiting the grandparents, and the parents explaining to their children why it is important to spend more time with the elderly to create precious memories for all?

Or, they could have altered the ad to show the father comforting his wife and acknowledging her feelings in a delicate situation – thereby setting a good example for his son.

Using an overly domineering grand-parent in an ad to promote filial piety does not send out the intended message. After all, is it not true that one has to show respect to earn respect?