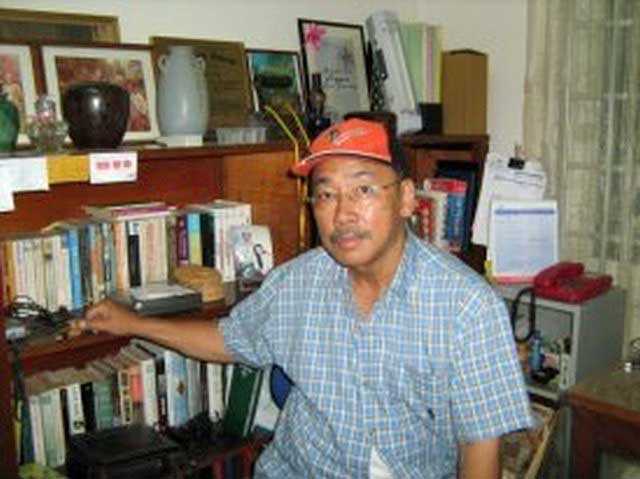 I’ve not met my friend from Sarawak, veteran journalist Chan Seng Chai, for some time now so I was shocked to learn recently that he has passed away on July 22, 2009 after undergoing a heart bypass operation. He was 61.

Though he has never told me, I learned that SC came from Marudi, a town on the Baram River in the north of Sarawak and his mother was Iban. He was born on April 7, 1948, the eldest among six siblings.

I first met SC in Honolulu in October 1985. The chemistry was instant. He and his wife Veronica joined my wife and I for dinner and a leisurely stroll along Waikiki beach after that.

At that time SC has taken a step back from journalism – he was once assistant editor of Sarawak Tribune – and was then involved in business with Datuk Amar Dr Leonard Linggi Jugah, a prominent businessman in Sarawak.

SC was a very pleasant person to hang out with; he was a very humble man, possessed a great sense of humor and was very generous with his time and money. In all the years that I have known SC, I have never seen him lose his temper or heard him raise his voice. He was a great friend.

Over the years I’ve seen him undergoing some major changes in his life. I’ve also seen him returning – with vigor – to his first love – writing, and journalism.

SC, who used the pen names Johnny Chan and Tony Thien in most of his articles, was part-time correspondent for Sarawak and Sabah for online portals like Malaysiakini and the Malaysian Mirror at the time of his passing, as well as a freelancer for Malaysia’s national news agency Bernama.

He was also a stringer for Asiaweek at one time.

SC’s English was impeccable and his writings a delight to read. He was old school and was a real master with words and language.

A couple of years ago, we reestablished contact and made a promise to each other that we would arrange to meet soon.

But time flew by and our communication was infrequent and irregular.

I was beginning to wonder about him until I came across a news release mentioning his death.

My wife and I are exceedingly saddened by the loss of this great man.

SC, you will be sorely missed. You will be remembered in our hearts forever. May you rest in peace.

SC is survived by two children, Tino and Vicky.

I spoke with Tino two nights ago and offered my condolences.

But no words can express the great sense of loss my wife and I feel.