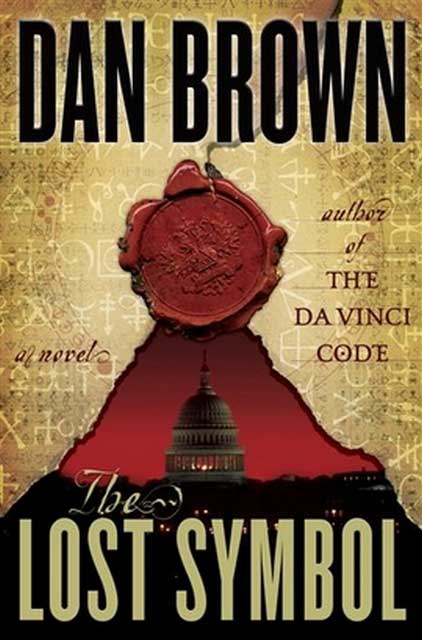 This has got to be one of the shittiest books I’ve ever read.

The Lost Symbol is a disaster – if it doesn’t have Brown’s name on the cover, it would be lost among all the books in the bookstore. It will never become a bestseller.

That’s the problem with authors – not all their works are good, for many, some of their later books are written just to cash in on their names.

First, the novel must have a weird guy – in Brown’s previous books we had Hassassin and Silas and in The Lost Symbol’s case we have Mal’akh. Next find a smart, attractive woman who is sexily bimboish at the right time. Then you need an older mentor type, Sir Leigh Teabing in Da Vinci Code and now Worshipful Master Peter Solomon, and of course the star himself, Robert Langdon, a professor – from Harvard no less – of religious iconology and symbology, whatever that crap means.

In The Lost Symbol, Langdon’s adventure is in Washington DC chasing Freemasonry-related mumbo jumbo. Tricked into visiting the US capitol, Langdon spends twelve hours racing through the monuments and buildings of the American forefathers, searching for the truth in the secret society of the Masons. Behind new doors lie secrets that threaten to change the way people view science and politics, with Langdon acting as the last line of defense. In the end it’s so stupid – the CIA is fearful that the easily-misunderstood parts of Masonic rituals may cause a third world war.

It’s a horrible book – the dialog is unrealistic (come on, Dan Brown, surely real people don’t talk like that – contrary to what you think your readers’ brains have not left the building!) and Brown’s plot developments stretch credibility to the breaking point. The twists in the novel are ridiculous, they lack impact and surprise, and are too often severely overdone with Brown’s trademark mini-cliffhangers.

Even more insulting is Brown’s habit of withholding information from the reader in the interest of building suspense and anticipation.

Sure, it sucks the reader in, but, ultimately, it plays us for suckers.

Brown reminds me of some of those cock teasers I’ve met in my youth – women who work you to the height of sexual frenzy, then get cold feet or a sudden attack of frigidity and abruptly leave you in a lurch, hanging in the air. The only difference is this – those cock teasers had class, Brown is just plain clumsy. Every chapter leads to a crescendo, only to have another chapter kicking in – you know the feeling.

At least I know what to expect.

At least I know I’m paying for my intelligence to be insulted.

But I’ll be very wary of his next one.

I have a feeling The Lost Symbol may be my last Dan Brown book.

Yup, with his Lost Symbol, Dan Brown has lost me.