A Clay Pipe from the Netherlands 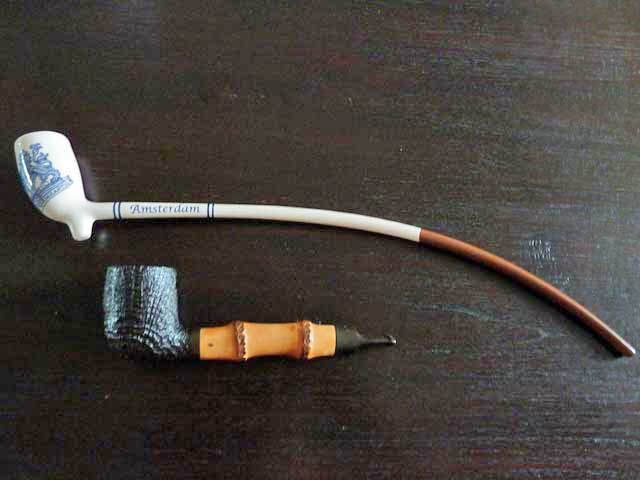 Marcel den Herder came back from the Netherlands with a clay pipe for me.

This one has been made from the same mold that has been in service for several hundred years!

Clay pipes have been used for smoking tobacco from the 16th century.

Archeological digs throughout the Netherlands often unearthed remains of the pipe.

The earliest clay pipes made had tiny bowls – allowing no more than a pinch of tobacco since tobacco was so expensive. By 1620 the habit was spreading rapidly and with crops supplying demand for consumption the price dropped. So the bowls were made bigger by potters who were now setting themselves up as pipe makers in their own right.

Throughout the 17th century pipe bowls got bigger and the stems longer as makers became more confident and local fashions encouraged bowl styles.

Picture above shows the beautiful pipe Marcel gave to me, next to my Group 5 Dunhill Shell Briar.