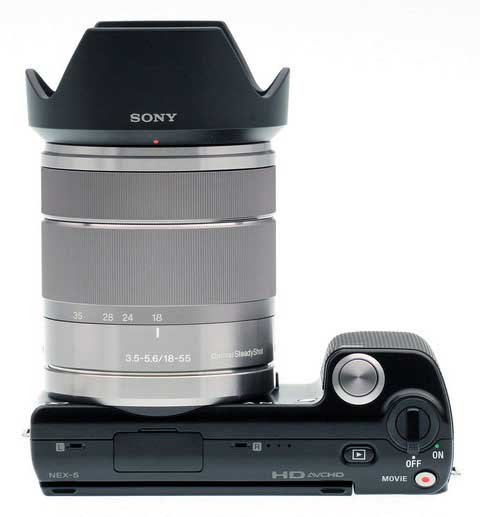 DSLRs are bulky because they were made in those days when films were used – when the only way to see the exact image that would hit the film was to divert the light coming through the lens with a mirror and send it to a viewfinder. Having a need for a mirror meant the body of the camera had to be deep, and the lenses – further away from the film than those in a mirrorless rangefinder – were also bigger.

But now we can see what the sensor sees either on a screen, or through an electronic finder. With the mirror gone, the body can now be a lot smaller.

EVIL cameras also have large sensors. In some cases, this sensor is the same size as one would find in a DSLR. Others use the Micro Four Thirds format, a sensor which is half the size of a 35mm frame, but a lot bigger than the finger-nail-sized sensor in a typical compact. This results in the high image quality and low-light sensitivity of a DSLR. And because they have large sensors, the depth of field is shallower, and distracting backgrounds can be made blur.

I just bought one of Sony’s first EVIL cameras – the NEX-5.

The NEX-5 is a big departure from traditional camera-making for Sony. It is small, very small and easy to use. It has only three main buttons and a wheel to navigate all the settings.

With the Sony NEX-5 you get true photographic quality with the following specs: