One Night at the Call Center 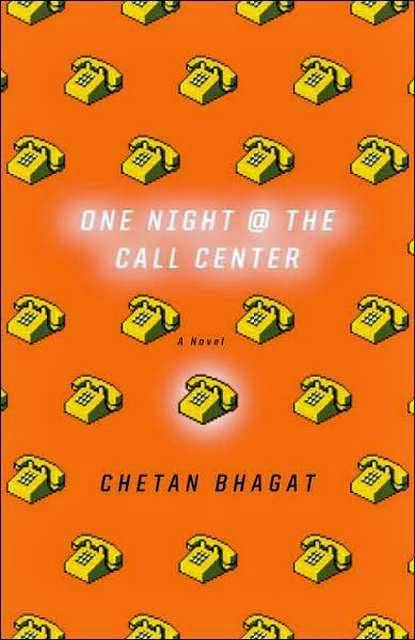 Imagine writing a great story only to have everyone condemning it.

Well I just read such a book and I must say I disagree with all the critics on amazon.com, most of whom are Americans – the very people the author refers to in a negative manner.

The author in question is an investment banker working in Hong Kong and his name is Chetan Bhagat. The book I am referring to is one of his four published works. It is entitled One Night at the Call Center and what a delightful read it is!

Six young Indians work nights at a call center in India, providing technical support for a major US appliance corporation. They help American consumers keep their lives running. Yet behind the headsets, everybody’s heart is on the line.

Shyam is an emotional basket case after being dumped by the girl who just so happens to be sitting next to him. Priyanka’s domineering mother has arranged for her daughter’s upscale marriage to an Indian expat working for Microsoft in Seattle. Esha longs to be a model but discovers it’s a horizontal romp to the runway. Lost, dissatisfied and disillusioned Vroom has high ideals, but compromises them by talking on the phone to American morons each night – no worse than being a hooker, he says, selling himself for a few bucks when he is destined for greater callings. Traditional Radhika has just found out that her husband is sleeping with someone. And “Military Uncle” has just been told by his son to stop “cluttering” his son’s life and to leave his son and his son’s family alone. The old man was chastised when he emailed some animal pictures to his beloved animal-loving grandson.

These characters all try to make it through their shifts – and maintain their sanity – under the eagle eye of a boss whose ego is only superseded by his incompetence. This is one boss you will recognize in your own boss, I bet. (Read the book and you’ll agree with me.) But tonight is no ordinary night. Tonight is Thanksgiving in America: Appliances are going haywire, and the phones are ringing off their hooks. Then one call, from one very special caller, changes everything.

One Night at the Call Center is a lovely read, infused with great humor, and very touching and moving at times. The temptation is to refer to it as a light-hearted – after all, everything here happened on one night only – or funny book or an even an inspirational one – like Tuesday with Morrie but to do so is to do it injustice.

Just read the book for what it is – a good story, uplifting, fun, enjoyable, the way good books should be.