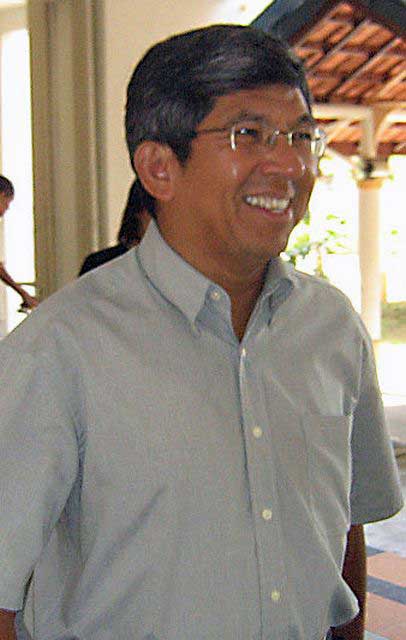 According to news reports, staff at the 24-hour Prata House at Upper Thompson said yesterday’s rain started at about 4.30am, and reached thigh-high levels in half an hour.

“It’s the worst flood in our 18 years of business. Three of our refrigerators toppled over. 40 bags of flour got wet, and 1,000 eggs were broken or floated away,” said Ikbal Mohamed Ali, 55, the owner.

Nearby, Gerald Chua, who worked the night shift at 7-Eleven, said the water swept through “like a tsunami.”

“The chillers were floating outside and cars were swinging sideways. I jumped on the 4D counter as I was afraid there would be electricity in the water.”

So great was the water pressure that the shutters to a few shops were badly bent and could not be opened.

And in Orchard Road, after being hit by the worst flooding in 26 years last month, Delfi Orchard was again flooded yesterday morning.

Bukit Timah, Telok Kurau, Opera Estate were other areas reported to be awash with water.

At some places water was up to waist level.

When Bukit Timah Road became Bukit Timah River last November, Minister for the Environment and Water Resources Yaacob Ibrahim said it was a “freak” event that occurs “once in 50 years.”

Orchard Road was flooded on June 16.

This was followed by more floods in some other areas on June 25.

And yesterday, floods immobilized parts of Singapore again – this, despite PUB’s insistence that our drainage system is sound.

Come on, it’s not as if we are not used to heavy rain.

So why are we so ill-prepared?

The chief executive of Singapore’s national water agency, PUB, has acknowledged that his agency was caught off guard by the Orchard Road flood in June.

Come on, Khoo Teng Chye, what excuse do you have this time?

S$2 billion has been spent over the last three decades to upgrade our drainage infrastructure to reduce floods and yet all it took was one downpour to bring us to our knees.

It is about time Yaccob Ibrahim wipe that grin off his face and offer a proper explanation to the country.