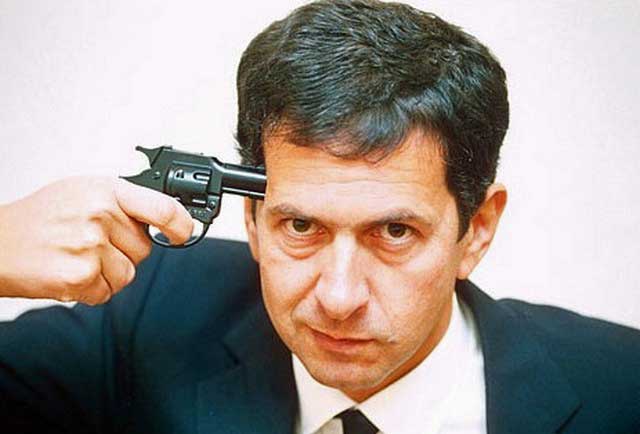 Some 15 years after the publication of Lord of the Flies, Willam Golding confessed to a friend that he resented the novel because it meant that he owed his reputation to what he thought was a minor book, one he wrote when he wasn’t in top form.

What is it like to owe virtually your entire reputation as a writer to a single book? Authors who have wondered must surely include JD Salinger, Ralph Ellison, Joseph Heller, Lee Harper, just to mention a few.

In the mid-1980s, Gerald Ratner took over as chief executive of the family jewelry chain. He transformed it from 130 stores with sales of £13 million into a public company with 2,500 stores and sales of more than £1.2 billion. Then in 1991 he made a speech at the Institute of Directors referring to his products as “total crap” and boasting that some of his earrings were “cheaper than a prawn sandwich.” The speech, instantly seized on by the media, wiped an estimated £500 million from the value of the company. He left the business the following year.

In an article in The Sunday Times, London, on October 21, 2007, the headline screamed “It still hurts 16 years on. Gerald Ratner reveals the pain of becoming a national laughing stock.”

In a recent interview with Financial Times, (July 16, 2010), Ratner said “If I talk about Ratner’s successes it’s like discussing the Titanic’s pleasurable cruising aspects. People don’t want to know.”

What were the other repercussions of that speech? Did people shun him?

He said “I never got invited to Buckingham Palace and 10 Downing Street anymore.”

When asked what he thinks about the expression “doing a Ratner” (now a British business phrase) he replied “Someone told me that it would be used 500 years after I died. I had hoped death might give me a rest.”

And when asked how he wants to be remembered, he replied “It doesn’t matter what I want. I will only be remembered for that comment.”

Yet there are still so many who continue to shoot off their mouths without engaging their brains first.

These are the things that people say that remain for posterity:

“Everything that can be invented has been invented.” – Commissioner, US Office of Patents, 1899.

“I think there is a world market for about five computers.” – Thomas Watson, Chairman, IBM, 1958.