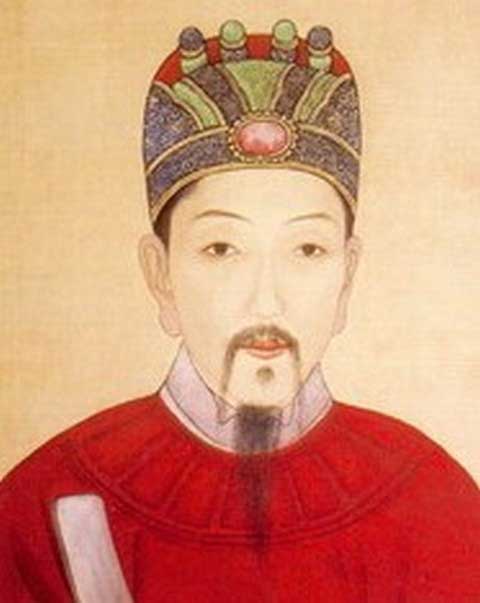 Yuan Chonghuan, a Ming dynasty general who fought the Machus is another hardcore.

He is famous for his trademark or signature battle cry. His battle cry comprised famous Cantonese obscenities which the general invoked to whip up his army’s morale as well as to cast spite on the enemies.

His statue has long been a popular attraction for the Cantonese in Guangdong, proud of the sentiment of independence expressed so bluntly.

But the recent removal of a plaque on his statue has upset many Cantonese people in the province.

The plaque, with the phrases “Fuck his mum! Hit them hard!” was part of a statue of Yuan which has stood in a park in Dongguan, his birthplace, in Guangdong for seven years.

Imagine exhorting the emperor to copulate with his mother!

Yuan is among the most popular national heroes in China. Chinese historians generally hold the view that the warrior could have prevented the Manchus’ conquest of China had the Ming emperor not fallen for the ruse of the invaders and ordered his death for treason. 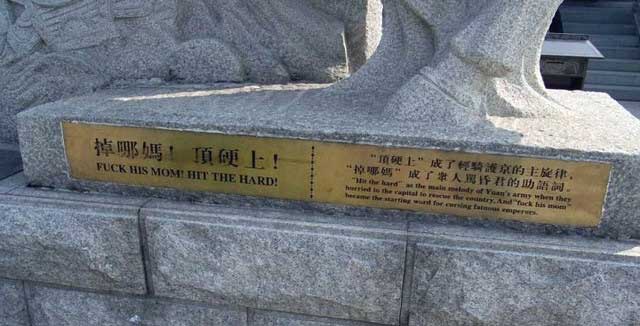