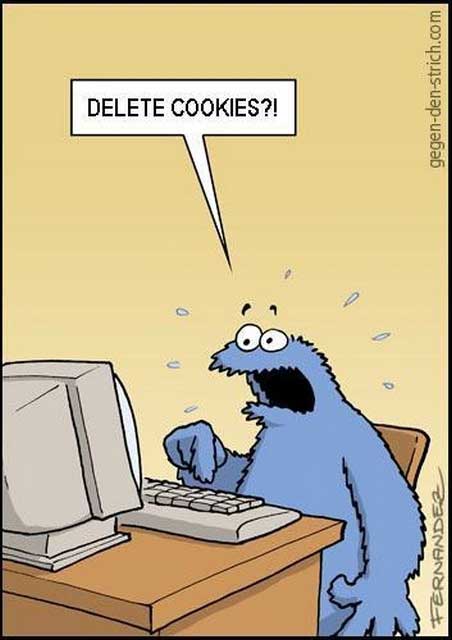 If you go to a 7-Eleven to buy a soda and a chocolate bar and the guy running it tells you “Because you’ve shopped here, our people will follow you around for the rest of the day to see what else you do, listen in to your conversations so that we’ll know what’s the best way to get you to spend more with us in the future” you’ll never agree to that.

But that’s precisely what websites you visit are doing to you.

Websites are installing intrusive consumer-tracking technologies on the computers of people visiting their sites – in some cases, more than 100 tracking tools at a time – a Wall Street Journal investigation has recently found.

The Journal‘s study shows the extent to which Web users are in effect exchanging personal data for the broad access to information and services that is a defining feature of the Internet.

In an effort to quantify the reach and sophistication of the tracking industry, the Journal examined the 50 most popular websites in the US to measure the quantity and capabilities of the “cookies,” “beacons” and other trackers installed on a visitor’s computer by each site. Together, the 50 sites account for roughly 40% of US page-views.

The 50 sites installed a total of 3,180 tracking files on a test computer used to conduct the study. Only one site, the encyclopedia Wikipedia.org, installed none. Twelve sites, including IAC/InterActive Corp’s Dictionary.com, Comcast Corp’s Comcast.net and Microsoft Corp’s MSN.com, installed more than 100 tracking tools apiece in the course of the Journal‘s test.

The Journal also surveyed its own site, WSJ.com, which doesn’t rank among the top 50 by visitors. WSJ.com installed 60 tracking files, slightly below the 64 average for the top 50 sites.

Some two-thirds of the tracking tools installed – 2,224 – came from 131 companies that, for the most part, are in the business of following Internet users to create rich databases of consumer profiles that can be sold. The companies that placed the most such tools were Google Inc., Microsoft. and Quantcast Corp., all of which are in the business of targeting ads at people online.

The state of the art is growing increasingly intrusive, the Journal found. Some tracking files can record a person’s keystrokes online and then transmit the text to a data-gathering company that analyzes it for content, tone and clues to a person’s social connections. Other tracking files can re-spawn trackers that a person may have deleted.

To measure the sensitivity of the data gathered by tracking companies, the Journal created an “exposure index” for the top 50 sites. Dictionary.com ranked highest in exposing users to potentially aggressive surveillance: It installed 168 tracking tools that didn’t let users decline to be tracked, and 121 tools that, according to their privacy statements, don’t rule out collecting financial or health data. Dictionary.com attributed the number of tools to its use of many different ad networks, each of which puts tools on its site.

Some of the tracking files identified by the Journal were so detailed that they verged on being anonymous in name only. They enabled data-gathering companies to build personal profiles that could include age, gender, race, zip code, income, marital status and health concerns, along with recent purchases and favorite TV shows and movies.

The growing use and power of tracking technology have begun to raise regulatory concerns. Congress is considering laws to limit tracking. The Federal Trade Commission is developing privacy guidelines for the industry.

In the meantime if you value your privacy, clear you cache after each surfing session.