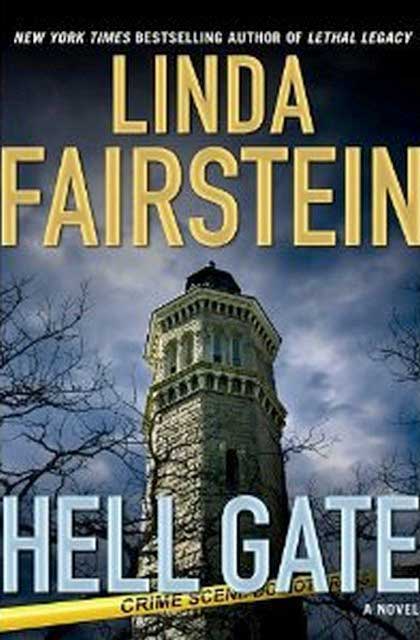 Linda Fairstein is America’s foremost legal expert on crimes of sexual assault and domestic violence. She led the Sex Crimes Unit of the District Attorney’s Office in Manhattan for 26 years.

The novels draw on Fairstein’s legal expertise as well as her knowledge of and affection for the rich history of the city of New York.

And therein lies the problem as far as I am concerned.

Fairstein seems rather determined to educate her readers and peppers each of her novels with frequent bursts of mini-lectures.

While some readers may find that educational, I on the other hand find it rather annoying maybe because I already know most of the so-called little known facts that she delights in revealing. In Hell Gate, for example, readers get a lesson on the origin of the word “tontine” and background information on some stately mansions still standing in New York city.

Other than that, she’s a great story teller and her books are great reads.

In her latest, Hell Gate, the usual characters are there – Mike Chapman, Mercer Wallace, etc although I’m not sure I can stomach another Fairstein book with the increasingly obnoxious Mike Chapman.

Chapman’s relationship with Cooper reminds me of that between Mulder and Scully of The X-Files – at times the mixed feelings Cooper has for Chapman makes for interesting reading,  and may well be the only reason why I might plough through another Fairstein book.