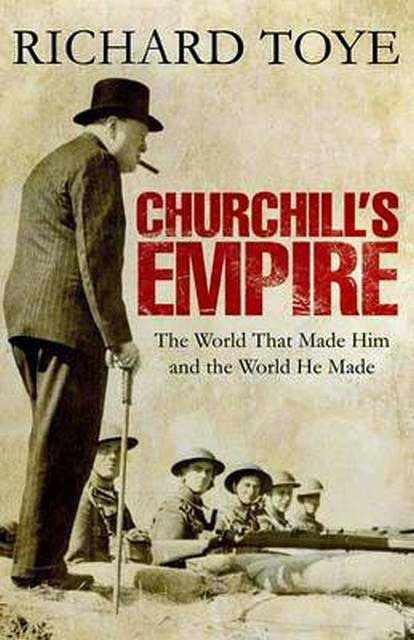 Not all giants are gentle.

George W Bush left a big growling bust of Churchill near his desk in the White House, in an attempt to associate himself with Churchill’s heroism. Barack Obama had it returned to Britain – his Kenyan grandfather, Hussein Onyango Obama, was imprisoned without trial for two years and tortured on Churchill’s watch, for resisting the British empire.

Richard Toye wrote in his book Churchill’s Empire that a young Churchill was brainwashed into thinking that superior white man must conquer the primitive dark-skinned natives to bring them the benefits of civilization.

As soon as he could, the British bulldog rushed off to take his part in ”a lot of jolly little wars against barbarous peoples.” In the Swat valley, now part of Pakistan, he gladly took part in raids that laid waste to whole valleys, writing: ”We proceeded systematically, village by village, and we destroyed the houses, filled up the wells, blew down the towers, cut down the shady trees, burned the crops and broke the reservoirs in punitive devastation.” He then sped off to help reconquer the Sudan, where he bragged that he shot at least three ”savages.”

The young Churchill charged through imperial atrocities, defending each in turn – when the first concentration camps were built in South Africa, at least 115,000 people were swept into them and 14,000 died.

After being elected to Parliament in 1900, he demanded more conquests, based on his belief that ”the Aryan stock is bound to triumph.” As war secretary and then colonial secretary in the 1920s, he unleashed the notorious Black and Tans on Ireland’s Catholics, to burn homes and beat civilians. When the Kurds rebelled against British rule in Iraq, he said: ”I am strongly in favor of using poisoned gas against uncivilized tribes.” It ”would spread a lively terror.”

When Gandhi began his campaign of peaceful resistance, Churchill raged that he ”ought to be lain bound hand and foot at the gates of Delhi and then trampled on by an enormous elephant with the new Viceroy seated on its back.” He later added: ”I hate Indians. They are a beastly people with a beastly religion.”

And what happened to Hussein Onyango Obama? Churchill believed the highlands, the most fertile land in Kenya, should be the sole preserve of white settlers and approved of the clearing out of the local ”kaffirs.” When the Kikuyu rebelled under Churchill’s premiership, about 150,000 of them were forced at gunpoint into detention camps, later called ”Britain’s gulag.”

Obama never truly recovered from the torture he endured.