Hoi Polloi do Get a Break Now and Then 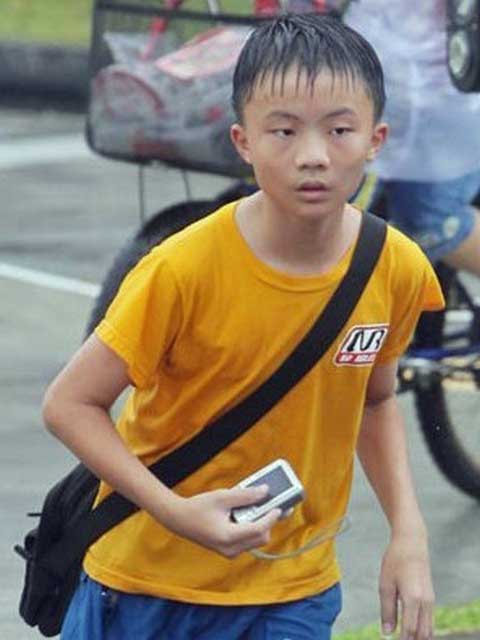 This is old news now but 12-year-old schoolboy Low Wei Jie caught attention when he ran for almost 15km in the rain in his flip flops on August 10 as he followed the Youth Olympic torch relay, snapping pictures of the torch bearers along the way.

Throughout the 2-1/2 hours of his trek – which included heavy rain and bloodied scratches on his right ankle this very focused kid with the indomitable spirit kept pace with the flame and its entourage as it passed through the north-east districts of Sengkang, Punggol and Hougang before finally stopping at Hougang Stadium. Low had earlier hope that he would be chosen to be part of his school’s contingent as it carried the flame but didn’t make it because the school felt that he was too slow.

So he decided to follow the flame and take pictures instead.

His dogged determination and single-mindedness touched many hearts.

The Ministry of Community Development, Youth and Sports and Singapore Youth Olympic Games Organizing Committee have made him one of the torch bearers during August 13’s relay through the central district.

He was given four tickets to the Youth Olympic Games opening ceremony for his family, courtesy of MP for Pasir Ris-Punggol GRC Michael Palmer.

It was also reported that he would be presented with a replacement digital camera from either Panasonic or Canon after his old one was damaged by the rain.

Well, there is a God in heaven after all. It’s heartening to know that hoi polloi like us do get a break once in a blue moon.