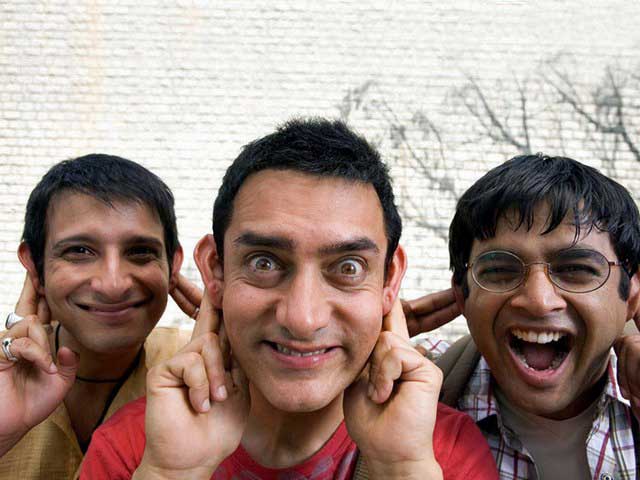 I must thank my friend Ali Meer for introducing me to 3 Idiots.

3 Idiots is a 2009 Bollywood comedy loosely adapted from the novel Five Point Someone by Chetan Bhagat.

3 Idiots has become the highest-grossing Bollywood film of all time in India and set a box office record for the Indian film industry, grossing US$ 100/- million worldwide. The film also went on to win many awards.

The movie is about Farhan Qureshi, Raju Rastogi and Rancchoddas “Rancho” Shyamaldas Chanchad who are three engineering students who share a room in a hostel at the Imperial College of Engineering, one of the best colleges in India.

Their story is framed as intermittent flashbacks from the present day.

3 Idiots is a “feel good” movie. After watching it you’ll think “All is well!”