Let Them Play Through 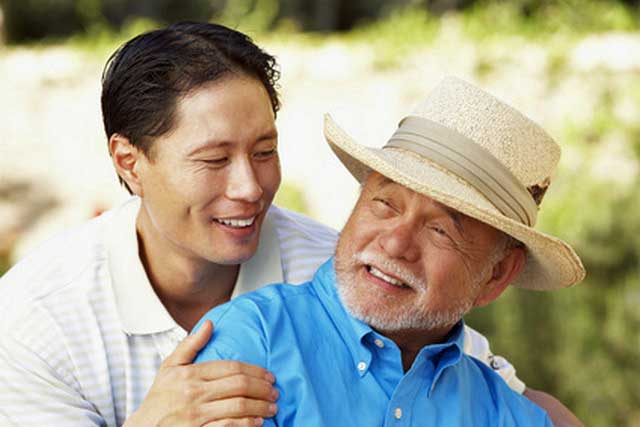 It’s difficult to have a conversation with him. I notice others trying their very best to be patient with him. He was describing a seafood meal in Hong Kong but could not recall the name of the place.

“Fook Lam Moon?” someone else tried.

“Yeah, something like that lah, not very sure, but far, far away one,” he struggled.

“Was it Lamma Island?” someone else volunteered.

Then he suddenly changed the subject and started telling us about his trip to Guilin.

He tried to describe a temple and some of us wanted to know which temple he was referring to.

“Oh the tall, tall one lah, the one on top of one hill,” he ventured.

He could be describing a thousand temples in China!

My friend stumbled, rambled, went out of point, jumped from one subject to another and then jumped back,  it was hard to watch him. At the same time, he was eating, talking with his mouth full, splattering food everywhere, stuffing his face as if he was a hungry ghost let out in the hungry ghost month.

As I listened to his sometimes incoherent utterances and watched his slobbering eating behavior, and observed others recoiling from him, I felt sorry for that poor fellow. And I wondered if in a few years, I would be like that too. I witnessed the sad sight of my friend sputtering like a decrepit jalopy and vowed never to be like him, but it’s really beyond my control, truth be told. Man proposes, God disposes.

People want to live forever. We look upon getting older as something to be put off as long as possible. Delaying the process or suppressing the symptoms is a multi-billon dollar industry. The fact of the matter is that the human body is not supposed to go on forever! Sure you may be “young at heart” but knees creak, eyesight fail, menopause happens (for women) and you get thick round the waist and your face gets bloated (mostly for women – don’t ask me why, maybe it has to do with water retention, something women are more prone to perhaps) and worse, you lose your train of thought and say embarrassing things in public to the point where you would be forced to clarify your position later.

Another friend – he’s only 50 – told me the other day “Nowadays, if bladder full, must go toilet immediately, cannot hold like before!” He also said that he needs to wake up in the middle of the night to pee. “Otherwise, may have to wear Pampers, ha ha,” he joked.

We make jokes about aging but the reality of memory loss, creaking bones, and diminished libido and being outclassed by younger people can be painful and humiliating. I have another buddy who resigned from his job because he couldn’t take orders from a younger boss. “I’ve eaten more salt than that kid has eaten rice and he wants to teach someone as old as his father how to suck eggs,” he lamented.

Those of us who are achievers, those of us who consider going “above and beyond” as “standard operating procedure” can be hard on ourselves, even when we are old.

Older people like us tend to have all kinds of mixed feelings when we can no longer do what we used to be able to do. People of our vintage tend to hang on to positions and opportunities and defend “traditions” longer than we should. This can be frustrating for the young Turks coming along behind, who see opportunities blocked.  A young colleague once complained to me “The only way I can get promoted is when my boss dies.” No wonder he left and went to work elsewhere.

One of the problems of denying your aging is that you shortchange not just a younger generation by blocking off their opportunities, you also shortchange yourself. You deny yourself some of the best years of your life to relax, unwind, do what you want and enjoy life the way you’ve never had the opportunity to when you were younger.

I’m not suggesting that we put on our adult diapers and lie down in our massage chairs and wait for the grim reaper to drag us to hell. No, old age is not a reason to give up or to opt out or to live stubbornly in denial. I’m saying it is important to know when to step aside and let a younger generation “play through” as they say in golf.

Let’s not deny the younger generation their opportunity to lead, let’s not begrudge them the opportunity to serve us, even if we don’t think we need serving.

Let’s enjoy our golden years, but allow the younger lot to shine.