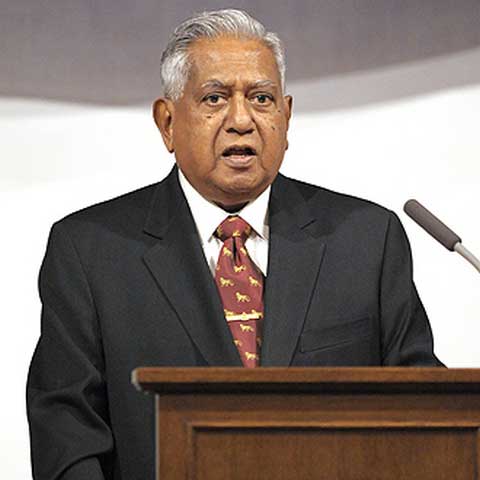 I'll even call him "father" just to get him off my back.

Last week (September 14) a meathead wrote to The Straits Times suggesting that in line with the current Speak Good English campaign, the organizers should look into educating the masses on the proper terms of address for people as well.

She wrote: “Very often, at places like wet markets, hawker centers and heartland shops, one can hear the shop or stall owners addressing men and women who appear to be in their 40s as ‘uncle’ and ‘auntie.’ It is ridiculous to see even middle-aged and elderly people address these men and women that way. It is not right, nor respectful, to use these terms so loosely – by those who are about the same age as the ones addressed.”

She also wrote “It is high time we replaced ‘uncle’ and ‘auntie’ with ‘Mr’ or ‘Sir’, and ‘Miss’ or ‘Madam.’ These are more respectful forms of address and will tie in well with the Speak Good English campaign.”

I suspect this person must be real anal; moreover, she’s not terribly smart yet obviously she considers herself way above “the masses.” However she misses the point. In our culture, we address people as “uncle” or “auntie” as a mark of respect. Yup contrary to what the letter writer claimed we do so precisely to show respect. There is nothing ridiculous about it and absolutely nothing wrong; these terms are not used “loosely” at all, it’s not as if calling someone “uncle” or “auntie” will get you arrested by the language police or places you under a lifetime of moral obligation to the person to whom you have so addressed. Is the letter writer a very insecure person or what? (Finally, there’s someone who’s a worse basket case than Sumiko Tan?) If so I suggest she sign up for some assertiveness or motivational training or one of those Adam Khoo mindfucks.

Men of my vintage have no hangup addressing a younger person “uncle” or “auntie” – it may well be wrong and incorrect because the person I am addressing is not the brother or sister of my parents but addressing someone as “uncle” or “auntie” is a lot more courteous than hailing “Mister” or “Miss” or the stupid, unpronounceable and completely wrong and meaningless “Ms” honorific which the letter writer has used for herself.

When a taxi driver or a food seller address me as “uncle” that’s not because he’s claiming to be my sister’s son, it’s just easy on his tongue and it is a show of respect. Didn’t the letter writer grow up in a household where she was instructed to address older relatives as “uncle” or “auntie”? What kind of upbringing did she have? Also, most of the time when someone calls me “uncle” it is done in dialect – “Ah chek” in Hokkien or “Ah soak” in Cantonese; there’s no easy-on-the-tongue equivalent for “sir.”

It’s also not in our culture for taxi drivers or food sellers or shop keepers to address anyone as “sir” or “madam.” “Uncle” and “auntie” seems less official, more “intimate” and less impersonal – which augurs well in this day and age when we talk so much about service providers having to move from providing mere customer service to demonstrating “intimacy” with their customers, knowing their customers as human beings, getting close to fulfilling their specific needs, etc.

As for myself I have no qualms addressing a younger person “uncle” or “auntie” because if I use the word “sir” or “madam” locally, two things usually happen: (1) the person so addressed doesn’t know how to respond and (2) I may appear sarcastic and condescending. Many people I know tell me that when they use the word “sir” or “ma’am” to address someone they get blank stares back in return and many people have also told me that when they are being addressed that way they feel that it makes the person using “sir” or “ma’am” sounds rather sarcastic and condescending.

Bottom line/net net: in our culture “uncle” and “auntie” works so if it ain’t broken why fix it?

The letter writer should go solve world hunger or something like that instead of being so spasticized, trying to eliminate an age-old tradition.