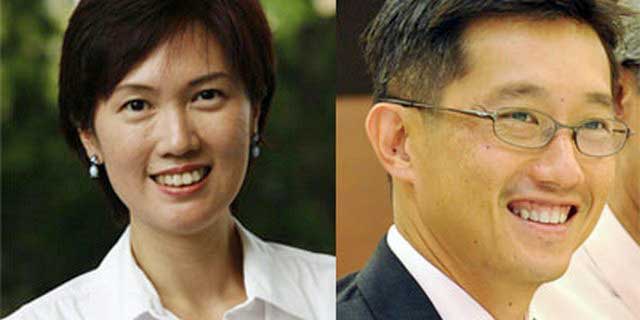 It’s quite amusing to see Josephine Teo trying to act cute on TV, prancing around like a retard.

The program is The Chinese Challenge which I stumbled upon on September 26.

The Chinese Challenge is a TV quiz show to promote this year’s Speak Mandarin Campaign.

Adding spice this year were “cameos” by 11 Members of Parliament, including Cabinet ministers Lim Swee Say and Gan Kim Yong. They appeared in videos and posed questions to the finalists. Four MPs even dressed up as characters from Chinese history and mythology – Gan Kim Yong acted as Chinese poet Xu Zhimo, Josephine Teo portrayed a traditional Chinese beauty, and Baey Yam Keng was a Buddhist saint and Teo Ser Luck was Ip Man. Yeah, right. (Yes I wanted to puke too.)

Bishan-Toa Payoh GRC MP Josephine Teo told The Straits Times: “The producers wanted me to act coquettish. That’s very difficult for me! I hope it amused the audience. But what’s important is that we demonstrated that learning Chinese need not be boring.”

What’s important, dear Singaporeans, is that electioneering has begun and many of us may not even realize that we’ve been suckered! It’s all part of getting mindshare by a government that has been exploiting the media for its own advantage ever since it came to power.