Mad Chinamen and their Lafites 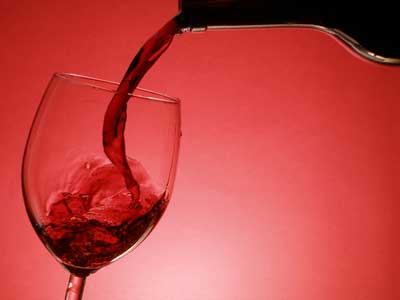 Come October 29, Sotheby’s Hong Kong will hold its first-ever sale dedicated to the Lafite estate. The collection has an enviable provenance: It comes directly from the château itself – nearly 2,000 bottles in pristine condition that have never left the French winemaker’s private cellars. The entire lot is expected to fetch between HK$12/- million and HK$20/- million (US$1.5/- and $2.5/- million).

But why does Asia – especially the nouveau-riche mainland Chinese – love Lafite? I shudder when I see some of these guys fighting with each other to buy the most expensive wine they can find, without any knowledge about wine at all. This reminds me of the Russians after the Soviet Union ceased to exist. Boors with dubious sources of wealth suddenly want to quaff expensive stuff  – very often just to show off.

In a recent issue of The Wall Street Journal, (September 17), Amy Ma quotes the analysis of Robert Sleigh, head of wines for Sotheby’s in Asia:

1. Easy pronunciation. “It could be as simple as the fact that the name ‘Lafite’ is easier to pronounce for Chinese consumers, especially when compared to some of the longer French names,” says Sleigh.

2. Volume. In order for wines to be considered “investment grade,” enough quantity must be available on the market so that prices are not volatile. “Rare wines by nature drive prices up and down quickly, but a stable Bordeaux like Lafite with enough production capability can be traded like a commodity,” says Sleigh.

3. A classic brand. There are many good Bordeaux vineyards—including the similarly named Château Smith Haut Lafitte. But only five wines are classified as “first growths” or Premier Cru, the highest ranking for this type of wine: the châteaux Margaux, Haut-Brion, Mouton Rothschild, Latour and Lafite. The most “classic” brand is Lafite, says Sleigh. “A Lafite is your go-to bottle for tradition and age-worthiness…Latours are seen as more powerful. Margaux is more elegant. Haut-Brion is a Bordeaux for ‘Burgundy lovers’ with its ethereal nature. And Mouton is on the wilder side.”

4. Expansive view. In addition to its prized jewel of Château Lafite Rothschild, the estate has also developed other labels and wines, including Château L’Evangile for Pomerol and Château Rieussec for Sauternes, both of which have won acclaim. Consequently, the wine estate has managed to spread its name to the mass market. “The commendable thing is that they’ve done all this without brand name dilution,” says Sleigh. “And the enterprising spirit has only made the estate stronger.”

5. Legendary vintages. There are premium vintages that are considered true collectors’ items and this bestows on Lafite a certain preeminence in the wine world. “One example from the October auction is the 1870 Château Lafite expected to sell between US$10,000/- and $20,000/- a bottle. It comes from the ‘Year of the Comet,’ considered by most to be the best vintage ever of Château Lafite,” says Sleigh.