Go in a Moment of Glory 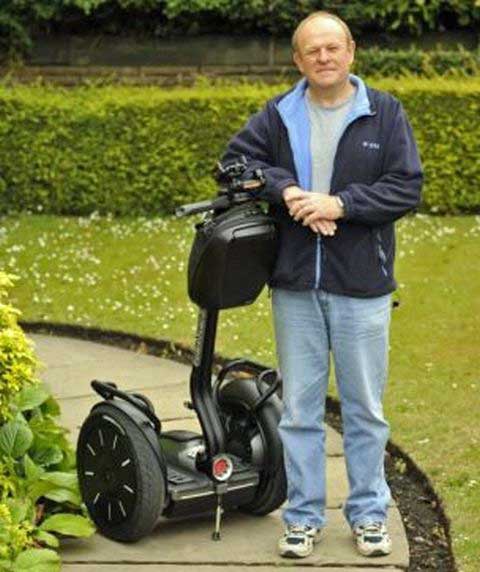 I hope when I go, I won’t be sleeping in bed. It would be great to go doing what I enjoy doing.

Australian TV personality Steve Irwin (“The Crocodile Hunter”) was killed by a sting ray in 2006.

A female parachutist, Kylie Tanti Marion, fell to her death in Malaysia on September 29 after her chute failed to open when she jumped off a tower to practice for a parachuting event. It was her third jump of the day.

Multi-millionaire Jimi Heselden, the owner of Segway Inc since December 2009 died after driving a Segway scooter off a cliff and into a river two days before Marion’s death.

He was “using one of the machines – which use gyroscopes to remain upright and are controlled by the direction in which the rider leans – to inspect the grounds of his property,” according to The Daily Mail.

Heselden worked as a miner before losing his job in a wave of redundancies in the 1980s. He went into business of his own and his engineering business went from strength to strength when it developed a wire cage water containment system which was used to control floods and used in military defense.

Heselden was worth about £166/- million making him one of the top 400 richest people in the UK.

The Segway, a motorized scooter, is controlled by the direction the rider leans. It used gyroscopes to stay upright. The device was invented by Dean Kamen, who sold his company to Heselden earlier this year.