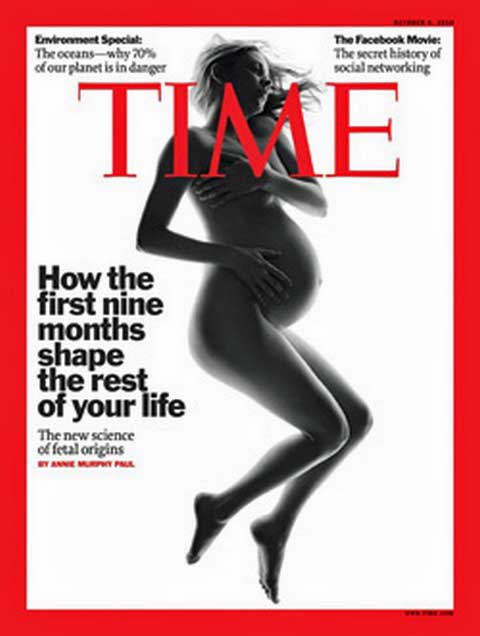 Two decades ago, British doctor David Barker noticed an odd correlation on a map: the poorest regions of England and Wales were the ones with the highest rate of heart disease. It contradicted conventional thinking – heart disease was the disease of the wealthy.

Barker investigated further and concluded that that there was a link between small birth size – often an indication of poor prenatal nutrition – and heart disease in middle age. Faced with an inadequate food supply, Barker conjectured, the fetus diverts nutrients to its most important organ, the brain, while skimping on other parts of its body – a debt that comes due years later in the form of a weakened heart.

Barker was laughed at. He was greeted with hoots and jeers. Now, 72 and a professor at the University of Southampton in England and at Oregon Health and Science University, he should feel vindicated.

TIME recently (October 4 issue) did a story on a book entitled Origins: How the Nine Months Before Birth Shape the Rest of Our Lives by Annie Murphy Paul and Barker’s research and the origins of the science of fetal origins were mentioned.

Paul writes that our time spent as fetuses might be more impactful than any of us have ever considered. The nutrition we received in the womb; the pollutants, drugs and infections we were exposed to during gestation; our mother’s health and state of mind while she was pregnant with us – all these factors shaped us as a baby and continue to affect us to this day.

Indeed our nine months of gestation constitute the most consequential period of our lives, permanently influencing the wiring of the brain and the functioning of organs such as the heart, liver and pancreas and shape us into what we are today.

Check out the book!