Those guys at Burger King must think they’ve got a great sense of humor.

Last year they pushed out this ad but were slammed for being “distasteful”: 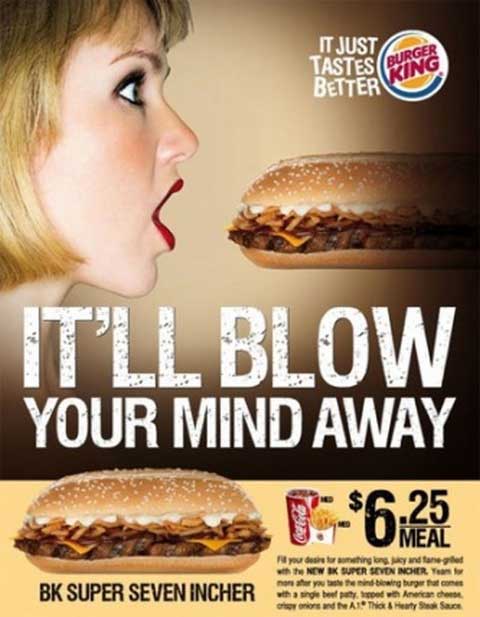 A spokeswoman for Burger King said the ad was produced by a local Singaporean agency, and not by the company’s US advertising firm, Cri-spin Porter plus Bogusky.

On Thursday I saw this ad in The Straits Times.

It’s not funny when all you want is a burger but Linda Lovelace comes to mind instead!

Come on, Burger King guys, you can do better than that!

Have some class lah!