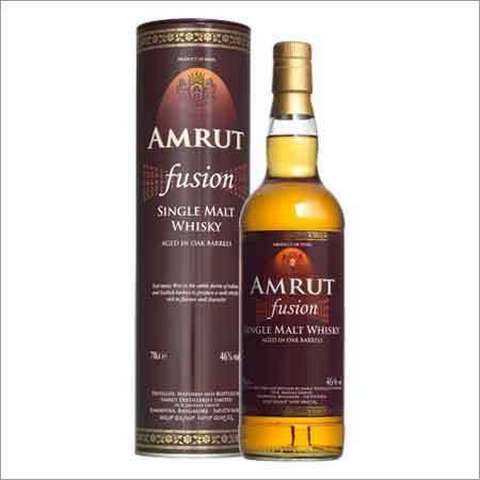 Now the Indians have gotten into the act too.

Prof Pathma gave me a bottle of Indian single-malt – the Amrut Fusion.

Their Amrut Fusion single-malt has been declared Third Finest Whiskey in the World, receiving a rating of 97/100 by Jim Murray’s Whisky Bible 2010.

The Amrut distillery was founded in Bangalore, an area known as India’s Silicon Valley. Originally producing dark rums and brandy, it wasn’t until the ‘80s that Amrut began to distill single-malt.

Interestingly, Indian whisky is bottled after only a few years of ageing. The reason for this is the intense climate which speeds maturation to the extent that 12% of each barrel is lost every year to the angels’ share – more than six times that of Scotland!

To create something completely original Amrut distilled Fusion from both Indian and Scottish barley.

Taste: It hit me an impressive first blow initially, then the peat settled and a vague sherry trifle note hammered home the barley fruitiness. There is even a slight hint of chocolate fudge.

Finish: The mouthfeel gets a bit puffy at this stage, but there’s enough caramelized and biscuity sweetness to see the malt through to a satisfying end.