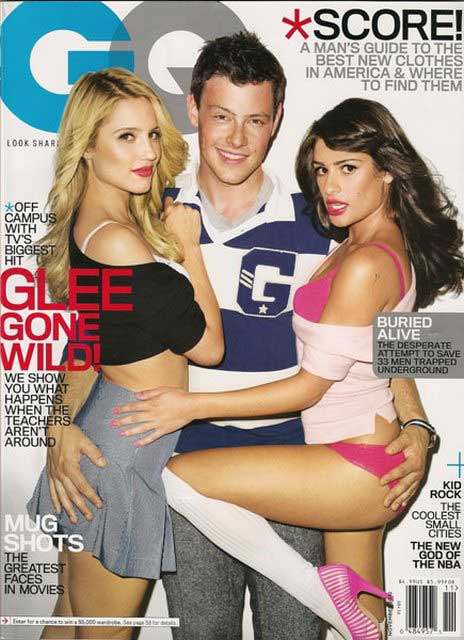 And the Parents Television Council of USA released a harsh statement that reads:

“It is disturbing that GQ, which is explicitly written for adult men, is sexualizing the actresses who play high school-aged characters on Glee in this way. It borders on pedophilia. By authorizing this kind of near-pornographic display, the creators of the program have established their intentions on the show’s direction. And it isn’t good for families.”

Agron and Michele are 24; Monteith is 28. Pedophilia? Sure these three actors depict high school students but they are no kids for Pete’s sake!

“The Parents Television Council must not be watching much TV these days and should learn to divide reality from fantasy… As often happens in Hollywood, these ‘kids’ are in their twenties. Cory Monteith is almost 30! I think they’re old enough to do what they want.” 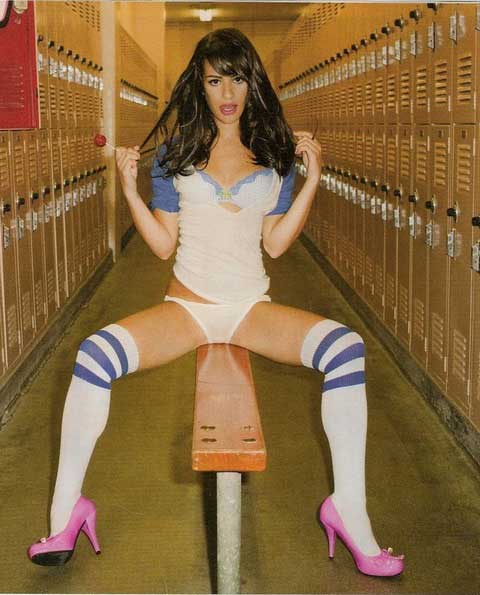 Lea Michele as you've never seen her before.