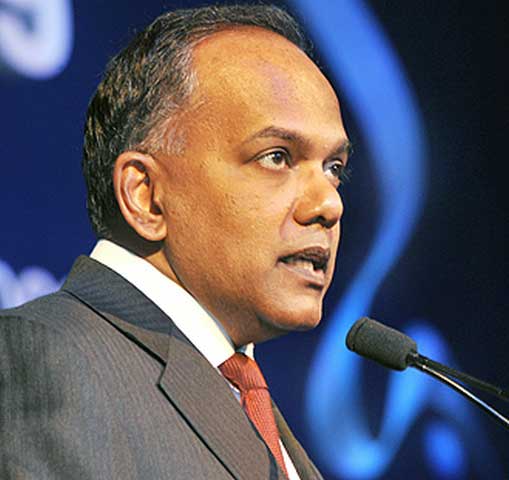 Singapore Minister for Law and Home Affairs K Shanmugam spoke at Columbia University’s forum “A Free Press in a Global Society” on November 5.

Speaking as an “outside observer” and commenting about the US media, he said several questions arose for him: Does the media in the United States always pursue the truth? Do parts of it act as campaign arms of politicians and “peddle halftruths”? Do viewers rely on their preferred media to confirm their existing prejudices?

Well, he could have been speaking about the media in Singapore!

Citing commentators such as New York Times columnist Thomas Friedman, Washington Post veteran Carl Bernstein and ABC political correspondent George Stephanapoulos, Shanmugam noted their views on how news has been reduced to gossip and sensationalism used to turn attention away from the real conditions of society, yada, yada, yada.

Again, he could have been speaking about Singapore!