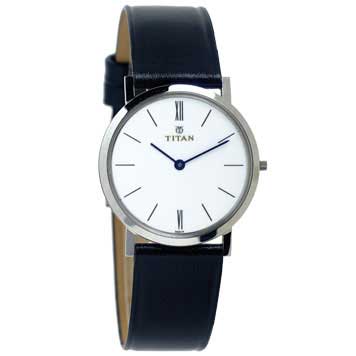 No I’m not talking about Trojan.

I’m not talking about condoms.

Watches made in India.

Who would have thought of India as a watchmaker?

Well, prepare to be surprised.

Not only is India making watches, it claims to have produced the slimmest watch in the world – the Titan Edge at only 3.5mm.

Titan Industries was founded in India in 1987 at Hosur, Tamil Nadu.

Tamil Nadu is no Switzerland but it has an excellent education system so Xerxes Desai, founding chairman of Titan, proposed recruiting the brightest school leavers from the villages around Hosur to train as watchmakers.

It was a monumental challenge. Equipping youngsters from farming villages and training them to become “world-class horologists” meant creating an entire infrastructure to house, feed and train them.

An initial cohort of 300 boys who had left school with top marks was recruited. As well as housing and meals, Titan provided “foster fathers” to teach these “Titanians” about modern life. Many of these kids have never used cutlery; some had never even seen a flush toilet. Nor did they understand money, so the foster fathers provided much needed guidance.

Eventually, Titan became the largest watchmaker in India, with a market share of about 60 per cent by volume. Worldwide, Titan is one of the top 10 watchmakers by volume.

Wages earned by workers has helped many families lift themselves out of the poverty trap.

Some former Titan employees have set up their own businesses, often with support from Titan. Many are involved in the supply chain, making watch straps or dials.

Alongside its profits, Titan measures “lives transformed” – the people who have been positively affected, directly or indirectly, by Titan’s operations. It estimates that the lives of 315,000 people in India have been “transformed” since 1987.

What an amazing story!