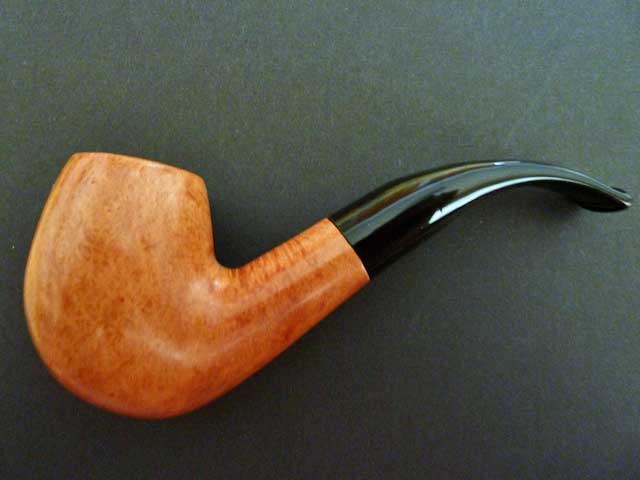 Prof Pathma commissioned Matteo Stefania to carve a pipe for me.

Stefani was born near Venice in 1971.

In 1992 when he was a law student preparing for his exams he started to smoke pipes.

In 2002 he became a lawyer, and in 2004 he started collecting some really expensive pipes.

The following year he tried to carve his own pipes and from 2008 he started to carve some for his best friends.

He uses only “extra extra” grade briar plateaux, seasoned for at least five years, from Calabria and Corsica, taking only the external part of plateaux – the oldest and the hardest.

To carve his pipes he doesn’t use any rotative tools, but only rasp and grinding paper and for the finishing, only carnauba wax, no colors, no other waxes, nothing else.

About the name: Stefani says “In the garden of my old country house there is a little church with some relics of Saint Florian (a Roman Soldier) , and I carve my pipes near this church, in peace with me and with the world.”

The next few posts will feature some other recent acquisitions.