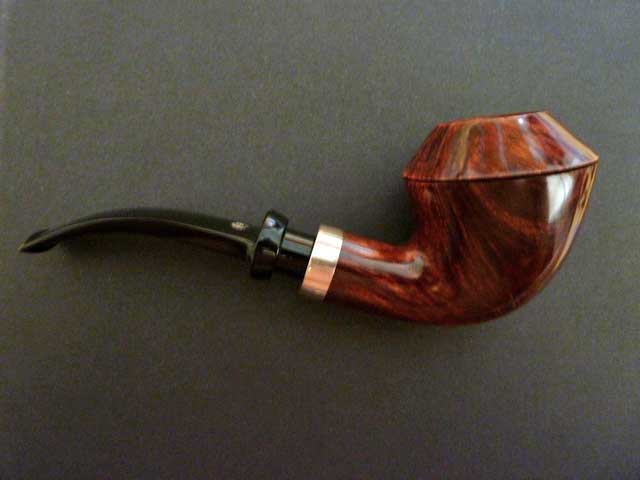 Mastro de Paja pipes with the unmistakable sun brand is known and appreciated by connoisseurs throughout the world.

Mastro de Paja was brought into being in 1972 by a group of smokers who felt bitterly unhappy about the general decline of the Italian and the rapid ascent of the Danish pipe.

They appointed pipe maker Giancarlo Guidi to helm the effort to turn things around by establishing a workshop in Persario.

Giancarlo Guidi was later to become the foster-father of pipe makers and today what is called the Pesaro school, boasts many famous Italian brands such as Il Ceppo, Ser Jacopo, Don Carlos, Rinaldo, Le Nuvole or L’Anatra.

They are also excellent pipes because they are worked with care by those who make them.

Rigorous controls also add to the quality of these pipes.