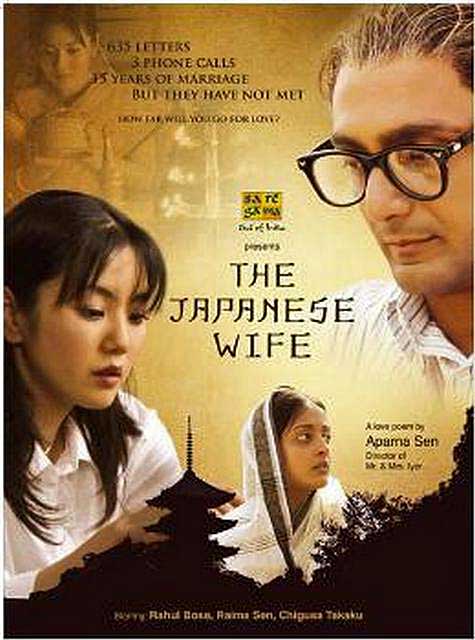 Ever thought of marrying your pen pal?

Well, people don’t have pen pals anymore nowadays, do they?

When I was still in school, I had a couple of pen pals.

One of them was a girl in Malacca. We wrote to each other practically every day!

We were so close, we could have gotten married!

Well, someone did – in a book/movie anyway.

In The Japanese Wife, Kunal Basu’s short story – which was made into a movie by Indian film-maker Aparna Sen – an introverted teacher Snehamoy fell in love with his Japanese pen pal Miyage. Despite never meeting in real life, they maintain a steady, long-distance relationship for 15 years, exchanging wedding vows via letters.

The film, released in India in April this year, received positive reviews. The Times of India said it had “such beauty, restraint and minimalism”, and that “it transports you into another world altogether.”

A special screening of The Japanese Wife will be held at the National Museum later today.

And since Oxford’s Dr Basu is known to my buddy Prof Steve Ngo, I hope to be introduced to him, and to get him to autograph his book which Steve has so kindly bought for me.