Screwed for being Illustrious 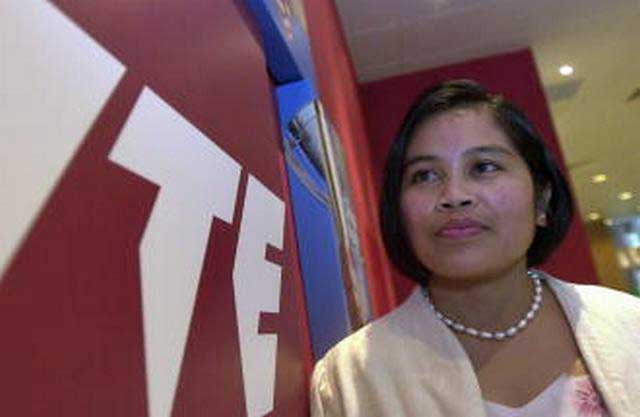 You read and tell me!

In 1992, Jourgina Dagoplo came to Singapore from the Philippines to work as as a foreign domestic worker or maid. In the 13 years when she was a maid, she attended classes on Sundays and graduated with a certificate in electronics from the ITE (Institute of Technical Education) in 2005.

Armed with this, she soon landed a job as a technician with IBM earning $1,050/- a month.

She was with IBM for five years until she was ordered by the MOM (Ministry of Manpower) to get lost.

Under MOM rules, a skilled worker on a work permit pass in the economic sector can work here for a maximum of 18 years.

MOM says skilled work permit holders are allowed to stay for a maximum of 18 years to “encourage employers to bring in better skilled foreign workers and upgrade existing foreign workers.”

Poor Dagoplo had to go to the Philippines in April and is now working as a maid in Manila earning $5/- a day.

IBM had applied for the renewal of her work permit. It had also appealed twice to MOM on grounds that she was a good performer and was also pursuing a part-time Poly diploma, but both appeals were rejected.

Echoing the sentiments of sympathetic people like me, a Dr Huang Shoou Chyuan wrote to The Straits Times, saying “Instead of asking her to leave, the authorities should have offered her a citizenship to reward her for her tenacity and to signal to others that we are a meritocratic society that looks beyond your background and so long as you can contribute to Singapore, you are in. The authorities should review her case and welcome her back to Singapore.”

One Kevin Kwek wrote to The Straits Times as well, “While I understand the rules that prevent her continued stay here and the principles behind them, what makes a society great is its graciousness, especially in welcoming into its fold those with skills, ambition and fortitude. Miss Dagoplo clearly had all of them. How many would have, after so many years as a maid, sought to better themselves? I thought we were a land of equal opportunity.”

This is what happens when we have un-thinking, heartless and un-empowered rule-following officials in our midst.

The ministry replied that IBM could  upgrade Dagoplo to an S-Pass holder. S-Pass holders are not subject to any maximum employment period. The ministry said that IBM has failed to do that. (Perhaps IBM feels that Dagoplo is not yet qualified to be an S-Pass holder. This we will never know.) In any case, employers told the press that S-Pass permits are hard to get and are not issued so freely.