Pay to Enter and Exit? 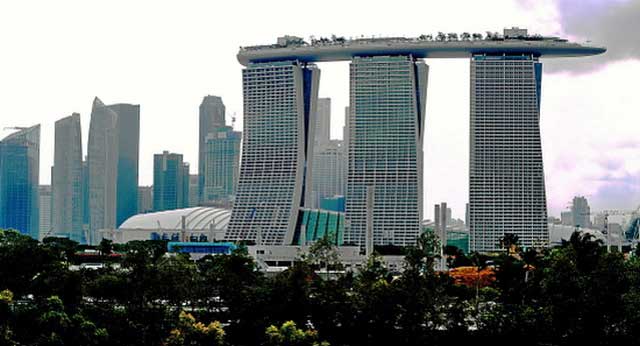 Wealthy enough to own such a property but no brains to run it.

Here’s another real life example of perfunctionary worker bees and troglodytes who don’t use their brains, but merely follow the rules blindly and can only say “no.”

On May 4, 15 diners had visited the Imperial Treasure restaurant, housed within Marina Bay Sands casino area. When it was time to leave, they discovered that the two lifts – their only exits on the second floor – were out of order.

The only other exit was through the casino, but Marina Bay Sands staff told them that they would have to pay the $100/- levy to get in. (A 100 bucks levy is imposed on all Singapore citizens and permanent residents if they wish to enter the casino.)

The diners refused and, after a 30-minute impasse, decided to walk through the casino without paying.

Under the Casino Control Act, casinos face disciplinary action if they do no impose the levy.  Penalties may mean being fined up to a million bucks or even losing the casino licence altogether.

My guess is that Marina Bay Sands was screwed for not imposing the levy.

Thanks to the superior reporting capability of TODAY‘s journalists we will never know for sure.

Now, what if there’s a fire and the only way out is through the casino?

Pay to enter the gates of salvation or save your money and burn in hell!

And no stampede please! Stay in line for your receipt before proceeding!