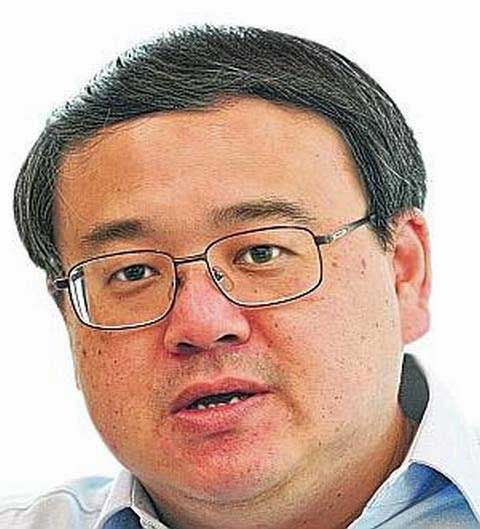 Peter Ho - an expert in stating the obvious.

Most people think that women gossip.

Well, face it – both men and women gossip.

Men’s gossip is more savage and lethal, damaging even.

The Soviets used to deploy female spies to seduce foreign diplomats – contents of their pillow talk will be passed by these “swallows” on to their minders and masters.

Many a lose tongue had unraveled, if not toppled, entire regimes.

No more need for swallows.

Men – diplomats no less – it seems can’t wait to shoot their mouths off at the slightest opportunity!

We have some fine examples right here!

“That’s why we have the Official Secrets Act” the Singapore Ministry of Foreign Affairs saw it fit to remind us.

The MFA reminder was in relation to leaks from WikiLeads pertaining to what some Singaporean officials had reportedly said.

Yeo dismissed these leaks as “gossip.”

Over the weekend WikiLeaks released several US State Department cables that allegedly carried controversial comments by senior Singapore foreign affairs officials on Malaysia, Thailand and other countries in the region.

The MFA said that selective release of documents, especially when taken out of context, will only serve to sow confusion and fail to provide a complete picture of the important issues that were being discussed amongst leaders in the strictest of confidentiality.

This is precisely why that shithead Julian Assange “leaked” them, stupid!

The contents of the cables were leaked exclusively to Australia’s Fairfax Media group and were published in the group’s papers yesterday. They detailed separate meetings in 2008 and last year between senior US officials and their Singapore MFA counterparts Peter Ho, Bilahari Kausikan and Tommy Koh.

The information below is what I gathered from yesterday’s papers.

In one meeting in Kausikan reportedly told US Deputy Secretary of Defence for East Asia David Sedney that “the situation in neighboring Malaysia is confused and dangerous”, fueled by a “distinct possibility of racial conflict” that could see ethnic Chinese “flee” Malaysia and “overwhelm” Singapore.

“A lack of competent leadership is a real problem for Malaysia,” Kausikan had apparently added, citing the need for Malaysian Prime Minsister Najib Razak to “prevail politically in order to avoid prosecution” in connection with a 2006 murder investigation linked to one of Najib’s aides.

It was reported that Kausikan labeled former Thai premier Thaksin Shinawatra as “corrupt”, along with “everyone else, including the opposition.”

Kausikan apparently also stated that Thaksin “made a mistake in pursuing a relationship with the crown prince by paying off the crown prince’s gambling debts”, and warned of continued instability in Thailand.

Kausikan seemed to have quite a big mouth indeed.

The Aussie papers reported that Kausikan commented on several other countries as well:

Myanmar’s neighbors, including China and India, according to Kausikan, are “more concerned with stability than justice”, and that they feared the Myanmar junta’s fall could produce “an Asian reprise of the break-up of Yugoslavia.”

As for Ho, he had reportedly told another US official that former Malaysian prime minister Mahathir Mohamad has been “throwing stones” at his replacement, Abdullah Badawi.

Another maestro at stating the obvious.

The papers said that the cable recorded Ho as adding “As for… Najib Razak, he is an opportunist. Although he has not been critical of Singapore, he will not hesitate to go in that direction if it is expedient for him to do so.”

It reportedly says “The Australians said that Singapore’s intelligence services and Lee Kuan Yew have told Australia’s Office of National Assessments in their exchanges that opposition leader Anwar ‘did indeed commit the acts for which he is currently indicted’.”

The report added that unnamed “Singaporeans” made the assessment on the basis of “technical intelligence”, which is likely to relate to intercepted communications.

Big Brother is alive and well!

And as for Koh – who has a reputation for being a mild-mannered “nice guy” – he was quoted in a cable detailing a September 2009 meeting with US officials. He was commenting on Japan and India in relation to the impact of China’s increasing regional might on both countries.

The papers reported that the cable said “Koh described Japan as ‘the big fat loser’ in the context of improving ties between China and ASEAN.”

Koh also apparently attributed the relative decline of Japan’s position in the region to its “stupidity, bad leadership, and lack of vision.”

According to the cable, Koh was “equally merciless towards India, describing his ‘stupid Indian friends’ as ‘half in, half out’ of ASEAN.”

The papers down under also quoted Koh talking about China. He was supposed to have said ”I don’t fear China. I don’t fear being assimilated by China.”

Such comments coming from an “Ambassador-at-Large” – whatever that means – are very embarrassing indeed.

Why do we still refer to some people as “diplomats” when they aren’t that diplomatic at all ?

Well, this is not the first time Singapore has been mentioned in WikiLeaks documents.