Caught myself a Bison 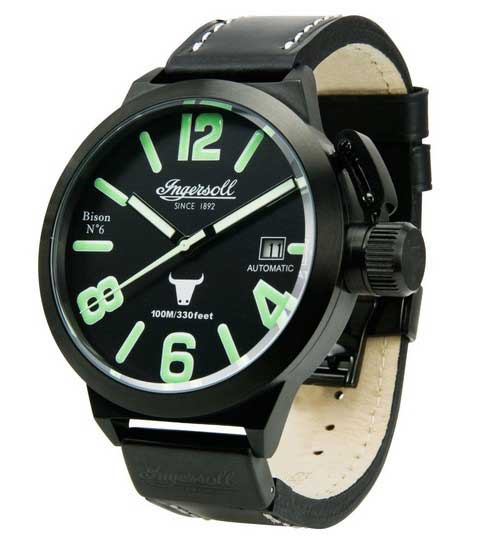 With a large 52mm face, it’s like wearing a clock on my wrist.

Ingersoll has a heritage in watch production dating back to 1880 when it was started in America by sons of a farmer in Michigan – 21-year old Robert H Ingersoll and his brother, Charles Henry.

With Henry Ford’s help, a production line was set up in 1892 and production began.

Their pocket watch became famous because Ghandi wore it.

It wasn’t until the 1920’s when Ingersoll made a real push to wrist watches.

Ownership of the company has changed hands several times since but the brand still enjoys a good reputation.