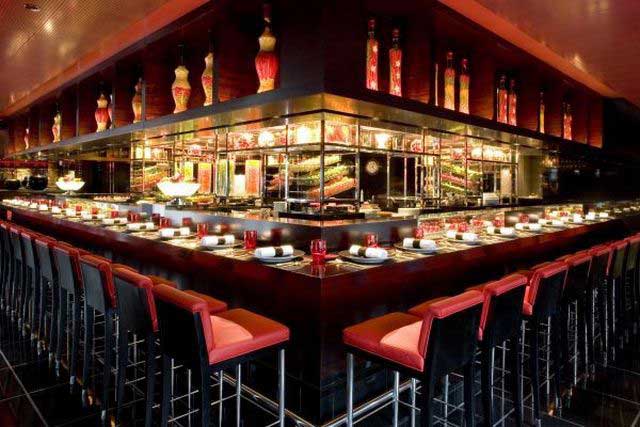 Had to make a quick last-minute trip to Hong Kong late last year.

Decided to check out the restaurant of the chef with 26 Michelin stars – L’Atelier de Joël Robuchon Hong Kong.

(I was told by the person who made the phone reservation for me that the restaurant’s attitude on the phone was equally haughty.)

Is rudeness fashionable again in Hong Kong? The night before, I had dined at Portuguese restaurant Casa Lisboa; the horrendous food I can tolerate – they can’t even do bacalhau right, unforgivable for a Portuguese restaurant – but what pissed me off was their pudgy Filipina receptionist whose face lacks muscles that can enable her to smile. Dead facial muscles, that’s a new one.

(Talking about horrendous food, the award for the worst meal I’ve had in 2010 goes to Meatworks at ION Orchard.)

At L’Atelier de Joël Robuchon Hong Kong, the young man who attended to us offered lots of menu suggestions but he insisted on speaking Cantonese when I told him at least twice to speak English.

I found him way too aggressive and extremely obnoxious.

Food was so so only. I had expected more of Joël Robuchon than his so-called “world famous pommes purée” and the usual foie gras, caviar, jelly, cream, emulsion one can find anywhere. Luckily I didn’t see any foam – thank God they didn’t try to force any of those molecular cuisine shit down my esophagus!

While it was fun to sit at the counter and see the action in the show kitchen in front of us, I found the whole experience unfulfilling and rather crass.

Show kitchens are so yesterday.

The frenzy in a show kitchen does not contribute to the state of mind required for French fine dining.

Maybe it’s due to my jaded palate.

This much I know for sure – I’ll never go back there.

And when they open next month, I won’t visit his Singapore outlets too.

I feel very depressed after that dinner in Hong Kong.

If a world renowned chef with 26 Michelin stars can’t even wow me, is there still hope for me?