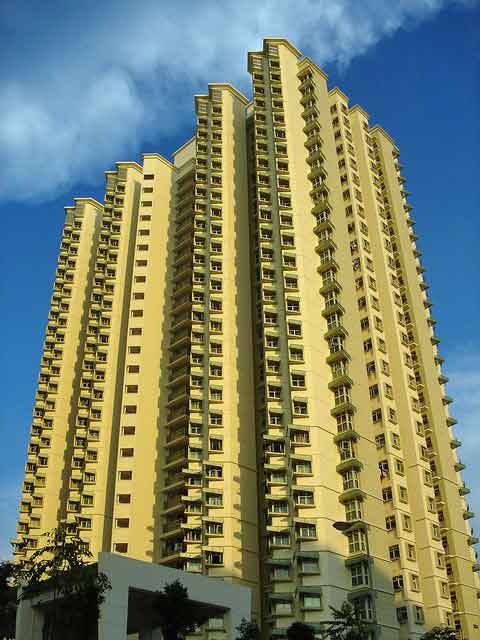 A HDB block at Bukit Batok.

I know someone who would not hesitate to point out that some people live in HDB flats.

Example: “I’m not surprised he’s like that, he lives in a HDB flat you know.”

This person seems to have a bilious regard for anyone living in HDB estates.

It is as if all HDB dwellers are losers, and scum.

This person forgets that the majority of Singaporeans – 85% in fact – lives in HDB dwellings.

However, public housing in Singapore as such is not generally considered as a sign of poverty or lower standards of living as compared to public housing in other countries such as Australia, England, etc where property pricing is significantly cheaper in the cost-to-size ratio.

Although they are generally cheaper than privately-built homes in Singapore, HDB flats are built in a variety of quality and finishes to cater to middle and upper middle income groups. Property prices for the smallest public housing can often be higher than privately owned and privately developed standalone properties (townhouse, apartment unit, etc) in other developed countries after currency conversion. Even though the majority of Singaporeans live in public housing, almost none are below the poverty line.

This person forgets that the majority of Singaporeans who have “upgraded” to condos came from the HDB estates.

This person forgets that his own family used to live in a very small HDB flat. Some people can even denigrate their own origins just to feel socially accepted. Poor them.

And the worst thing? This person has fallen into the trap of judging people according to the type of houses they live in.

I know of multi-millionaires, PhDs,  who live in HDB estates – the amenities are great, prices of most things are decent, and their children do not grow up to be snobs like this person I am referring to.