His face is probably the most easily-recognizable one in the world.

Ernesto Che Guevara fought with Fidel Castro to bring forth the Cuban revolution.

Many regard the Argentinian doctor a hero, some, however, consider him a butcher responsible for mass murders.

He himself was assassinated by the CIA in Bolivar, in 1977, when he was only 39.

I went to Santa Clara in central-western Cuba to visit his memorial.

It was in Santa Clara where Che led Cuba’s last guerrilla war (in 1958) – the war that ended the Batista dictatorship. 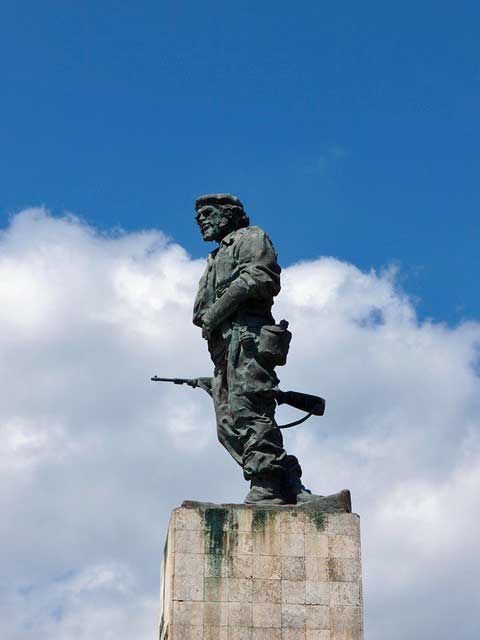