A couple of hours by train from London took Prof Pathma and me to the Samuel Gawith factory in Kendal, in the South Lakeland area of the North West of England on March 5. 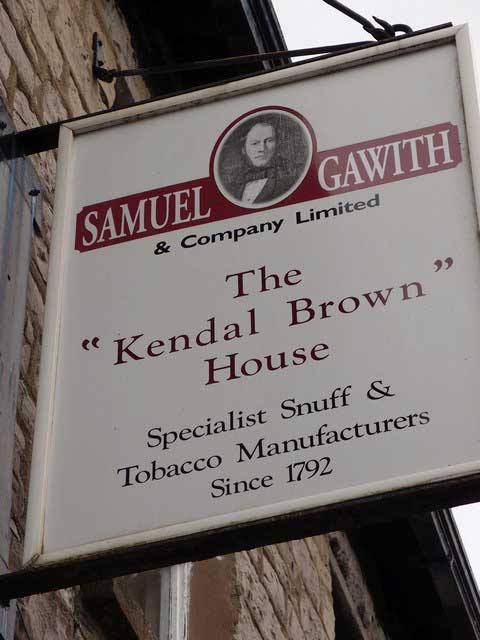 We were transported into another world – pipe smokers’ heaven!

Despite it being a Saturday when we arrived – the factory is closed on Saturdays – Bob opened the premises just for us and spent nearly three hours with us sharing the inner workings of Samuel Gawith & Company Limited and regaling us with his entertaining and funny stories and carefully answering all our questions.

Samuel Gawith has been manufacturing snuff and pipe tobacco since 1792. It is known for its snuff, and of course, its very well-known and cherished pipe tobacco such as the famous Squadron Leader, 1792 Flake, Full Virginia Flake, Commonwealth, Skiff Mixture – which has over 50% Latakia in it– as well as Balkan Flake, Golden Glow, Celtic Talisman (“very popular in Russia” according to Bob), etc.

The factory has an old world, almost Dickensian, feel about it. It has been in operation for over 200 years.

Bob explained that they procure tobaccos from all over the world, including places like India, the African continent – which includes countries that no longer exist such as Rhodesia – even Germany, Syria, Turkey, India, the United States and some other countries.

Here’s a sack of latakia: 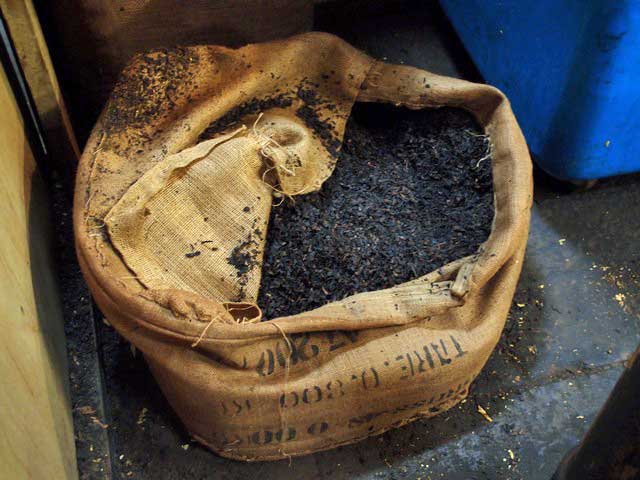 Here’s Bob showing his appreciation for some golden virginia. Imagine the smell in the factory – nothing could be more wonderful than the aromas in a pipe tobacco factory: 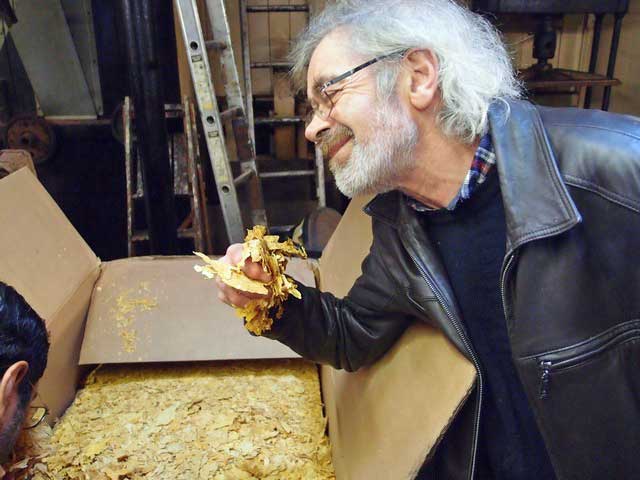 Most of the machines used are well over a hundred years old, such as this press in use since the 17th century: 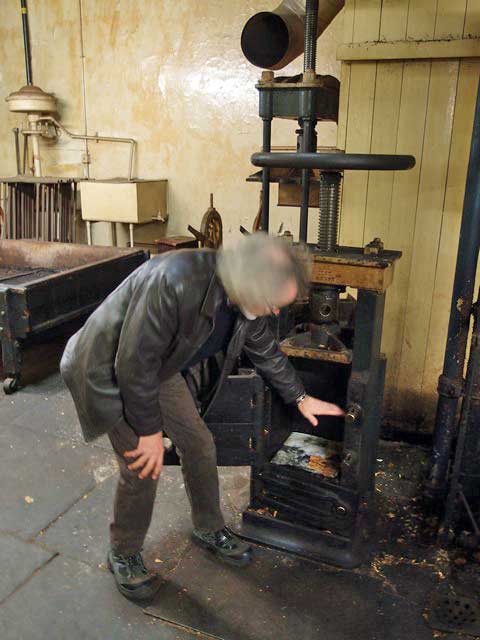 Look at this ancient oven – notice the chalk writings that says “Balkan” – this means what will eventually be manufactured into Balkan Flake is being baked (using hot steam); baking and cooling time varies, depending on what the final product is. 1792 Flake, for example, is baked for about four hours and left overnight to cool: 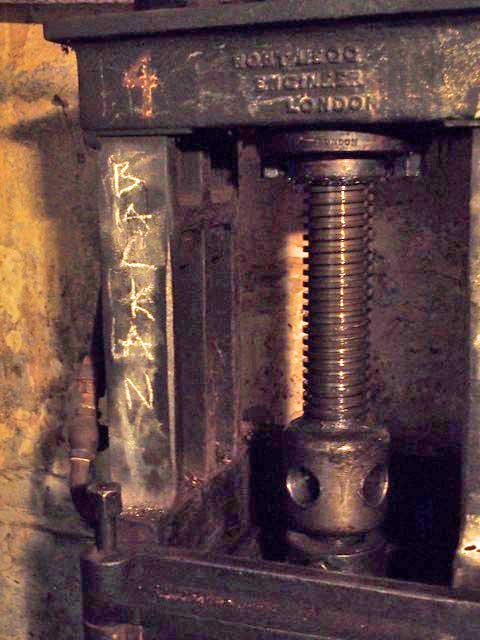 This cutter is an antique as well: 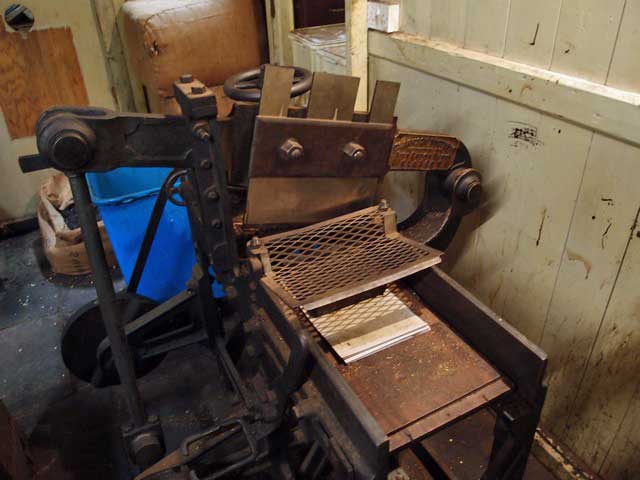 An interesting notice pasted near the cutter is worth paying attention to: 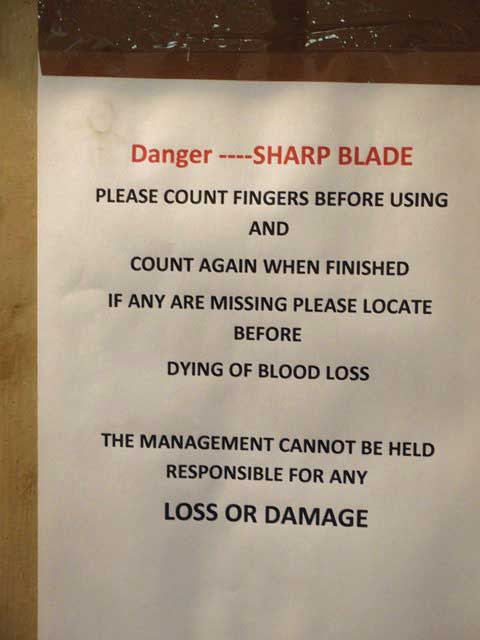 After blending, pressing and baking – according to age-old secret recipes handed down from generation to generation, flavoring (depending on what the final product will be)  is added to slabs of pressed tobacco like these before cutting them into flakes, plugs or ribbons: 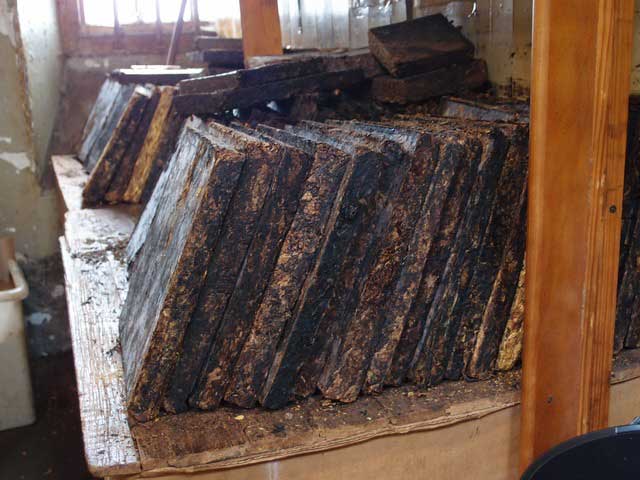 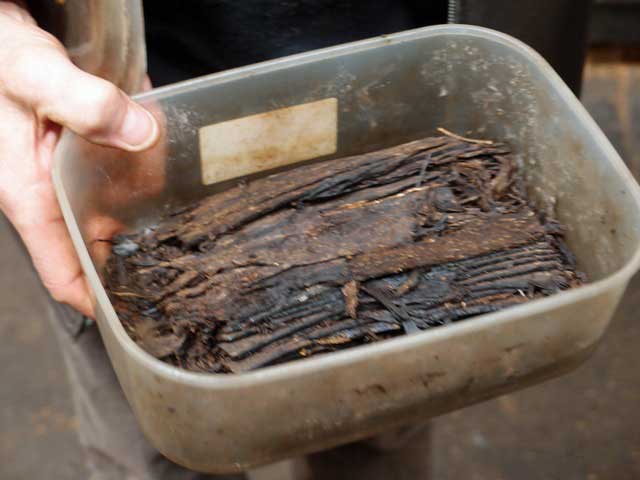 Ready for shipping – the factory has only 7 workers but their products are shipped all over the world including China, Japan and Russia: 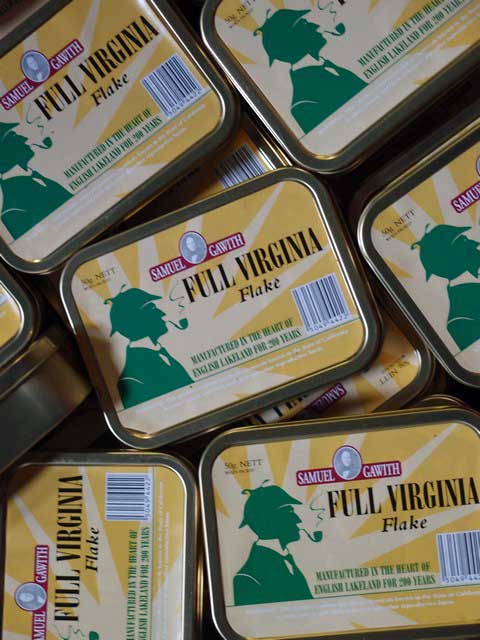 It was a most interesting and educational experience!

Bob’s great sense of humor and willingness to share really made our day. Plus his generosity really touched our hearts – we left the factory with bags of free pipe tobacco!

More good news: Samuel Gawith is open to the idea of making a special personal blend of pipe tobacco for me (just as Alfred Dunhill has done for me before)  – so watch this space!