Dunhill Ruby Barked at Me 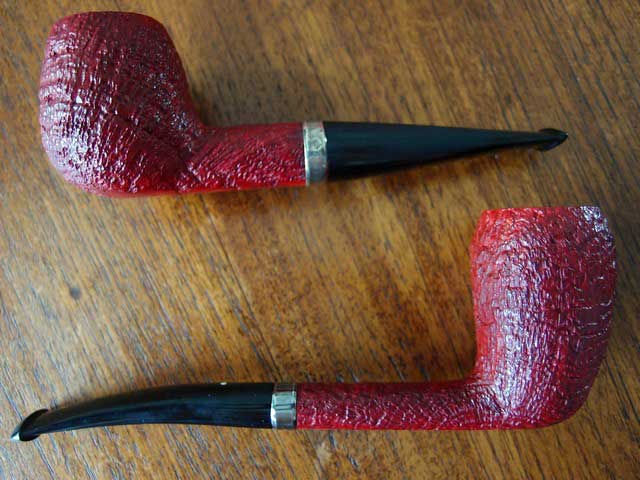 Went crazy in London – bought these two Dunhill Ruby Bark pipes (Group 5)  when I was there earlier this month.

The one at the bottom is commonly referred to as a “quaint” shape.

All Ruby Barks come with a handsome sterling silver band.

Ruby Barks disappeared from the scene for some time and made its re-appearance recently.

They are now made in Denmark, under the aegis of Dunhill.

The following Dunhill tobacco were re-introduced: