Got myself a couple of Petersons too.

The company was founded in Dublin in 1865.

A notable design from Peterson is the so-called “P-lip” – a mouthpiece that directs smoke upwards towards the roof of the mouth instead of the tongue.

This is intended to produce a drier and less biting smoke than when smoke is directed at the tongue, as with other pipes.

The other unique feature about Peterson pipes is the way it is constructed inside; it features a small reservoir intended to collect moisture before it reaches the smoker: 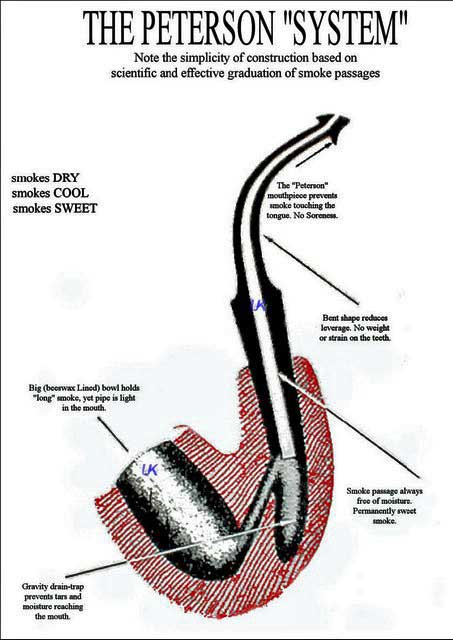 Peterson of Ireland introduced its “system” back in 1890. The company was founded in 1865.

Here are the two Petersons I bought recently: the one at the top – a meerschaum, which is rare among Petersons – was purchased in Malaysia and the one below, in Singapore. 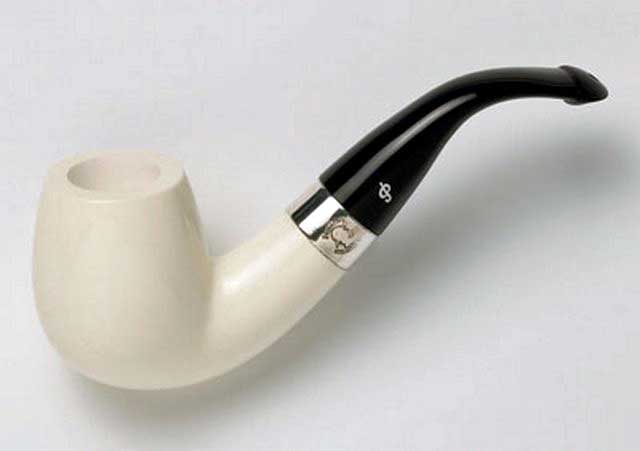 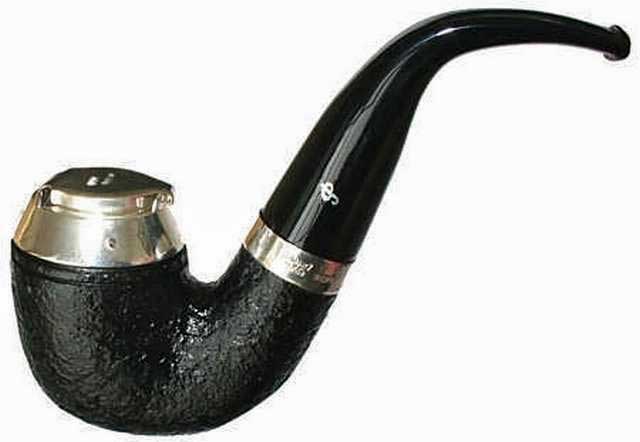