James B Irwin, You Will be Sorely Missed! 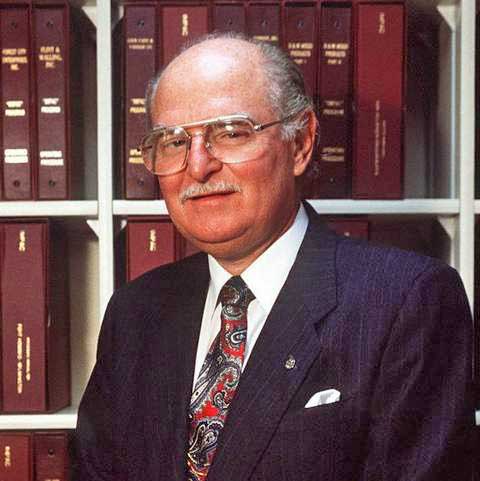 If not for James B Irwin I would still be an average person doing an average job in small town Singapore. I would marry an average woman, raise average kids and eventually die an average death.

James B Irwin – or “JBI” as we called him, hired me in the early 80’s and in the several years when I worked with him, showed me the world, taught me things I never knew, took me to places I never thought existed, enabled me to cut my teeth in a profession that has served me well.

Because of Jim, I opened my first off-shore account, bought my first foreign property, became “educated” in the finer things in life and was inspired to be a better man.

Because of what I’ve learned from Jim, I was able to buy a vineyard, a private island and my first overseas home. Jim inspired me to be a better man.

Jim was a tough boss – no matter where we were in the world, we had to phone him every day – but sharp as a razor. He was also a man ahead of his time, back in the early 80’s Jim had already equipped each of us with email devices, telephone couplers and laptops so that we could communicate by emails – I remember visiting SingTel to ask about cc:Mail and later, Dialcom and the officials there had absolutely no idea what I was talking about. This was before cell phones became popular and the Internet was still in its infancy.

Jim may be a tough taskmaster but he was a kind soul and generous to a fault – he even paid my credit card bill once (and told me about it afterwards) – and possessed a great sense of humor too. He used to joke that his initial B “stands for ‘Beloved’.” (It is actually “Bernard.”)

Jim was a non-smoker and an exercise freak, he refused to stay in hotels that could not provide him with a stationary bike in his suite.

Jim, a very colorful and charismatic man, was born in 1936, a second-generation Irish-American whose grandparents, the O’Rourkes and the McCooks, came from County Clare. He grew up in the Bronx and held dual Irish and US citizenship. Jim was one of five children. His parents were of Irish descent and his father was a battalion chief in the New York City Fire Department.

The International IMPAC Dublin Literary Award is an annual prize give to a work of fiction, and is the biggest of its kind in the world. Nominations are made from libraries around the world, and books in any language are eligible. The winner is given a €100,000/- prize.

Jim also lent his support to a number of other awards. He was the founder of the leading literary award for Mexican writers, the IMPAC Monterey Literary Award, which is conducted in partnership with the Monterey Institute of Technology. Jim also established the IMPAC Award for Young Writers, which honors young authors from Connecticut and is co-sponsored by the Connecticut State University.

Jim was heavily involved in promoting children’s rights throughout the US and has been honored by the United States National Task Force for Children for his work in the area. He was affiliated with such organizations as the Adam Walsh Foundation for Missing and Exploited Children, the Muscular Dystrophy Association, the American Cancer Society, the American Heart Association and numerous others.

He also dedicated a lot of time to campaigning for traditional democratic values. He served as treasurer of the International Democratic Union, an alliance of more than 70 center-right political parties from around the world, originally founded by former US president Ronald Reagan and former British prime minister Margaret Thatcher, and he was a director of the executive committee of the Center for Democracy in Washington, the global organization that promotes the rule of law in open and just societies. Jim also supported the IDU Young Leaders Forum, which brings together young parliamentarians and other elected leaders, by holding a conference at IMPAC University twice yearly.

Jim’s life was touched by tragedy in 1991, when his son was murdered. In 2000 this led to his efforts to block the reappointment of Judge David L Fineberg, who had worked the trial of the man charged with the killing.

Jim argued that Fineberg was favoring the prosecution, as the man charged with the murder, John Tyler Fuessenich, was former state police commissioner Cleveland Fuessenich’s nephew.

Fineberg was eventually given the appointment, but Jim’s challenge led to a Connecticut state constitutional amendment to protect the rights of crime victims.

On Monday, September 21, 2009, state police were dispatched to Thunder Ridge Farm about 5:30 pm on a report of someone threatening suicide.

State troopers went into the house on the property and found a note and an open pistol case with the pistol missing. A short time later they heard two shots, and found Jim in a chair in his gazebo suffering from a self-inflicted gunshot wound to the head. Jim was rushed to Charlotte Hungerford Hospital in Torrington, where he passed away later. Troopers recovered a Colt .38-caliber pistol at the scene.